Cuba has care system for minors who commit crimes 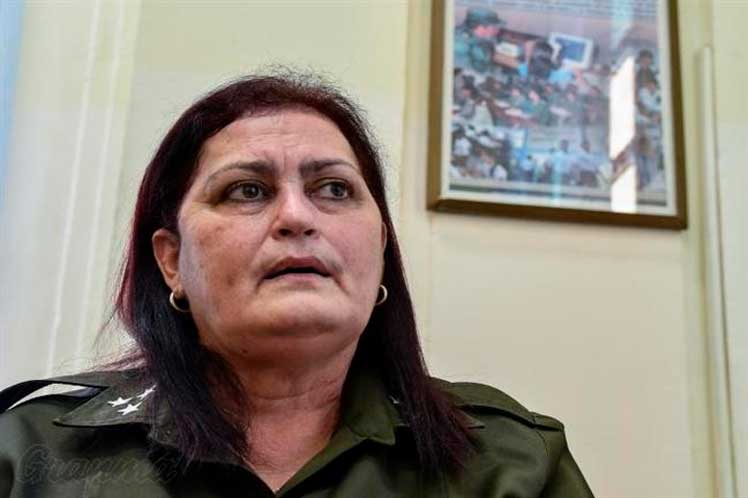 Cuba has care system for minors who commit crimes

Colonel Idays Borges, head of the Directorate for Attention to Minors at the Ministry of the Interior, stressed that this system is governed by the most humanistic principles of the Cuban Revolution.

In an interview with Granma newspaper, the high-ranking officer denied campaigns regarding the treatment received by minors involved in the events on July 11 and 12, 2021, when riots occurred in several Cuban cities.

She added that the Minors Care System is part of the state policies for the comprehensive protection of children, adolescents and youths since the triumph of the Revolution, and was ratified in the new Constitution of the Republic in April 2019.

The colonel stressed that the Cuban model is decriminalized, with a preventive, educational and social and school reintegration approach. The system has a strong multisectoral interrelation, in which the bodies of the Central State Administration and social and community factors participate, as they work in social prevention, she pointed out.

Colonel Borges assured that there is compliance with international instruments of which Cuba is a signatory, within the framework of commitments to protect children and adolescents, such as the Convention on the Rights of the Child and its optional protocols, she added.

“It is also based on principles and values of Cuba’s socialist society, such as humanism, social justice, dignity, equality, fairness and respect for the protection of the best interests of children,” he emphasized.

Borges explained that the system is governed by the Ministries of Education (MINED) and the MININT, and has structures such as Diagnosis and Orientation Centers and Councils for Attention to Minors and Behavior Schools, among others.

“Specialized personnel work in these structures, made up of psychologists, lawyers, pedagogues and personnel with specialized training for compensation and treatment of aggravated behavioral disorders and work with these families,” she said.

The colonel explained that the MININT governs the Councils for Attention to Minors, which establishes the measures for those involved in crimes and families, in a process in which other institutions are also involved, such as the Ministry of Labor and Social Security, and the Ministry of Public Health.

“When the cessation of the measures is decreed by the Care Council, each minor attended is guaranteed the continuity of studies or work, according to age and level reached, she concluded.