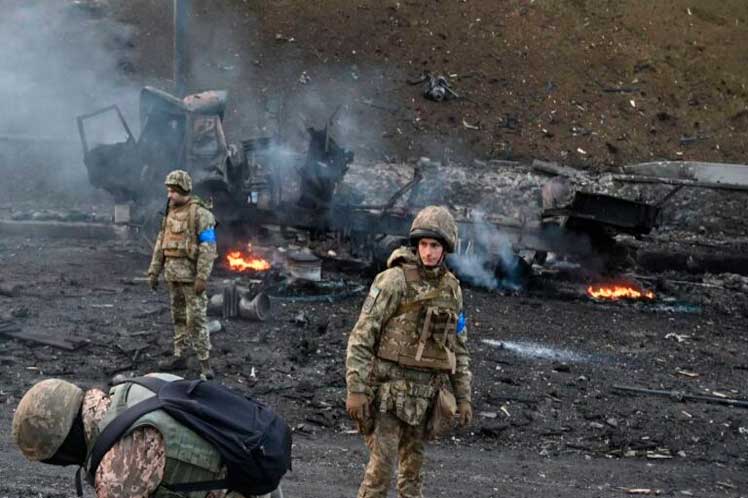 Speaking to the press accredited to the United Nations, the minister also stressed the solution to this tragedy is not humanitarian, but political.

Therefore, he indicated, I call for an immediate humanitarian ceasefire, to allow progress in serious political negotiations aimed at reaching a peace agreement, based on the principles of the United Nations Charter.

The cessation of hostilities will allow essential assistance to be delivered and Ukrainian civilians to move safely out of conflict zones, he said.

I also hope that it will help address the global consequences of this war, which risks aggravating the deep hunger crisis in many developing countries, he stressed.

There are nations that lack the resources to invest in their recovery from the Covid-19 pandemic, and now due to the consequences of the conflict in Ukraine, they face skyrocketing food and energy costs, the UN secretary-general added.

Guterres asked the coordinator of humanitarian work at the multilateral organization, Martin Griffiths, to immediately explore possible agreements and arrangements for a humanitarian ceasefire in Ukraine with the parties involved.

In addition, he pointed out that he himself has been in close contact with several States that are speaking with the parties in conflict at the highest level with the aim of exploring different forms of mediation towards a political solution.

The war in Ukraine has already led to the loss of thousands of lives, the displacement of 10 million people, the systematic destruction of essential infrastructure and skyrocketing food and energy prices around the world, he warned.

He also specified that the United Nations maintains more than a thousand members of its staff in that Eastern European territory and that team is working in humanitarian centers in Dnipro, Vinnytsia, Lviv, Uzhorod, Chernivitzi, Mukachevo, Luhansk and Donetsk.

Last week, the Security Council rejected a draft resolution tabled by Russia, which contained provisions for a negotiated ceasefire.

Moscow pointed out that the Western countries did not accept this document for political reasons, and the absence of a resolution further complicates the situation on the ground.

Russia launched on February 24 what President Vladimir Putin described as a special military operation in the Ukrainian autonomous region of Donbass, after the authorities of the self-proclaimed people’s republics of Donetsk and Lugansk asked for help to repel the aggression of nationalist forces. .