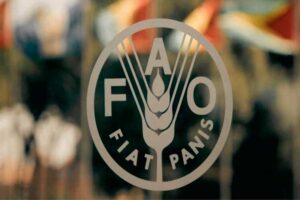 The event was officially opened by Director General of the FAO, QU Dongyu, and the Ecuadorian President, Guillermo Lasso, who were accompanied by other state authorities and the Food and Agriculture Organization of the United Nations (FAO).

“We are at a critical moment for the world. We face it with a clear roadmap: transform agri-food systems to make them more efficient, inclusive, resilient, sustainable,” FAO Director-General QU Dongyu said at the ceremony.

On his side, the Ecuadorian president stated: “This Conference is an extremely important forum to discuss challenges and priorities related to food and agriculture, and coordinate together the protection of food resources.”

In his capacity as president of the 37th regional conference of the entity, the Minister of Agriculture and Livestock of Ecuador, Pedro Álava, asserted that the food crisis requires planning new strategies with the participation of the entire production chain.

The meeting began on Monday, March 28, with sessions of senior officials extended over two days, on food security and sovereignty, agri-food, the impact of climate change, poverty reduction, national production, access to agro-inputs and others.

They also evaluated the Multi-Year Program of Work of the Regional Conference for Latin America and the Caribbean for 2022-25.

The three remaining days will be focused on the axes: better production, better nutrition, better environment and a better life without leaving anyone behind.

The delegates will also define the priorities to adapt and localize the FAO Strategic Framework 2022-2031 in the area, where according to official data from the Organization, at least 60 million people suffer from hunger.

Inclusion, resilience, efficiency and sustainability are some of the recurring terms in the meeting, which Ecuador hosts for the second time after 73 years of hosting the first meeting, held in September 1949.

The list is completed by the Dominican Republic, Saint Kitts and Nevis, Saint Vincent and the Grenadines, Saint Lucia, Suriname, Trinidad and Tobago, Uruguay and Venezuela.