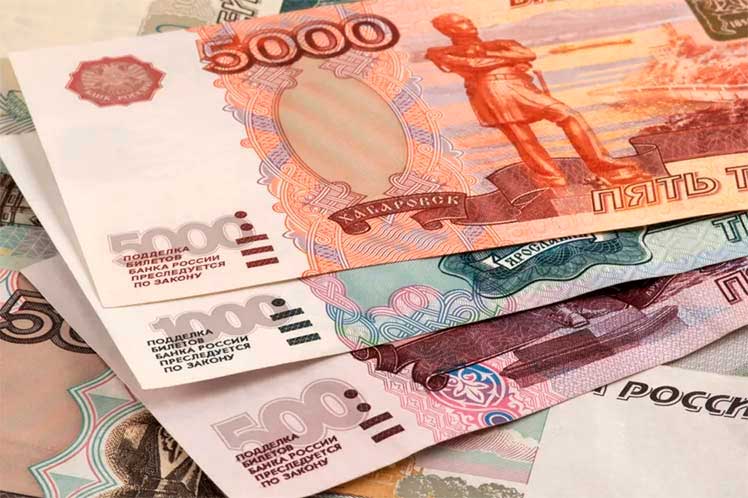 The president made the announcement at the beginning of a meeting to analyze the situation in the national aeronautics sector, and referred to how the new purchasing mechanism for this energy resource will work with the nation.

“We provide contractors from these countries with a clear and transparent scheme: to buy natural gas, they must open ruble accounts with Russian banks, and it will be these accounts that will be used to pay for gas starting tomorrow, April 1,” he pointed out.

According to the head of State, Russia will consider it a violation of contracts if the buyers of gas, belonging to the group of countries considered unfriendly by Moscow, refuse to pay in rubles.

“If these payments are not made, we will consider it a breach of contract by the buyers, with all the consequences that this entails,” he explained.

He added that the new procedure, included in the decree published on the Kremlin’s website, implies that buyers will have to open special ruble accounts with Gazprombank to pay for supplies.

Putin pointed out that permission to pay for Russian gas in a currency other than rubles can only be issued by the government commission to monitor foreign investment in Russia.

The Russian president instructed the Government to approve the procedure that allows the issuance of such permits by the commission within 10 days.

According to the head of State, Moscow will not do charity with the supply of its gas. “No one gives us anything for free and we will not do charity either. That is, existing contracts will be interrupted,” he stressed, in reference to the cases of non-payment in rubles.