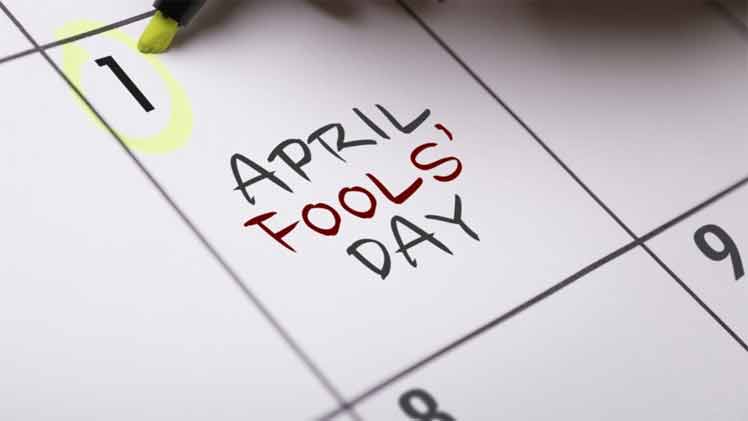 Like every April 1, people, companies and the media take the opportunity to play jokes, using phrases like “Today I’m getting married”, “We’re expecting a baby”, or “We’re closing the restaurant until further notice”.

Food nastiness is all the rage on this day, which is why one of the most famous mayonnaise brands in the country, Hellmann’s, announced that it would be adding a new condiment to the product: chocolate bars and peanut butter.

Hellmann’s assured the result “is delicious”, that this combination of flavors will give “a new and crunchy twist to your favorite mayonnaise”.

Although this time it has not published any jokes, the tech emporium Google always uses the date to report on the launch of Wi-Fi devices shaped like toilet bowls, mobile applications for pets to play with and a series of other funny fake ads.

Likewise, a company that manufactures headphones, JLab, shared this Friday the promotional video of a new product: invisible headphones that, in addition, are capable of playing your favorite songs by themselves, and eliminate from the playlist the songs that the person don’t want to listen.

April Fool’s Day has been celebrated in much of the world for centuries. According to historians, this special date dates back to 1582, when France switched from the Julian calendar to the Gregorian calendar, a decision made by Pope Gregory XIII.

The new system moved the dates of the celebrations, including the New Year, which until then was celebrated between March 25 and April 1.

However, not all countries adopted that calendar, and continued to celebrate the end of the year in spring, instead of January 1. Laggards became the mockery of the rest of the world, and for them terms like April Fools’ Day or Poissons d’avril (April Fish, in France) arose.

In Latin America, the Day of the Innocents is celebrated on December 28, and it is also a day of revelry, jokes and fake news.