Agrarian sectors from Cuba and US seek alliance despite blockade 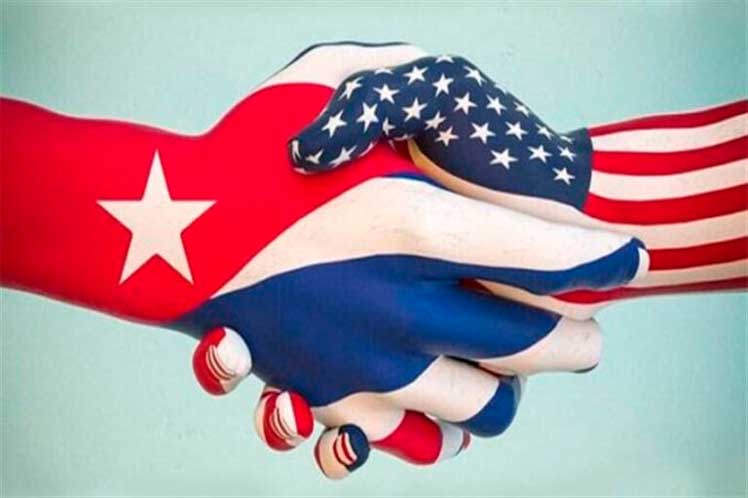 Agrarian sectors from Cuba and US seek alliance despite blockade

Johana Tablada, deputy director general for the United States Department at the Cuban Ministry of Foreign Affairs, noted the intense work of the US agricultural coalitions to open paths in the exchange with Cuba.

In addition, she summarized the state of relations between the two nations, and denounced Washington’s cruel and insensitive policy on Cuba, which has been intensified in the last two years.

“It is a policy sick with incoherence: it says that its objective is to support the Cuban people, but all its actions go to the opposite,” she pointed out.

Tablada insisted that a change in bilateral relations will open up opportunities for exchange, also in the agricultural sector.

Meanwhile, Paul Johnson, president of the US-Cuba Agricultural Coalition, recognized the limits imposed by the blockade and called for finding alternatives.

“We cannot import more, but we must work with Cuban producers to increase local production,” he said.

This way, capital and knowledge can be invested to contribute to reducing losses after harvests and importing Cuban goods to the United States, he added.

Regarding the meeting, he highlighted the importance of listening to political representatives, learning about changes in Cuban protocols to attract more foreign investment and eliminating communication barriers.

The president of the Cuban agricultural business group, Frank Castañeda, presented some of the transformations made in Cuban agriculture during the last two years, in which producers and new economic actors play a fundamental role.

Currently, more than 80 percent of Cuba’s land is managed by private companies that grow food for the population. In parallel, more than 230,000 Cuban families received idle or poorly cared for land and today they produce with those limitations.

In addition, paths are opened for foreign investment in state, private or mixed companies to help reduce technological and capital gaps.

As Castañeda summed up, Cuba intends to produce its food, without renouncing its independence and sovereignty, to develop sustainable agriculture, in respect and harmony with the environment.

Along this path, our farmers are open to listening and offering proposals to potential US investors, concluded the director.

The 3rd Agricultural Business Conference between Cuba and the United States, which will take place until Thursday at the Valentin Quinta Avenida Hotel, will consist of technical roundtables between Cuban and US businessmen on the production and trade of various products.