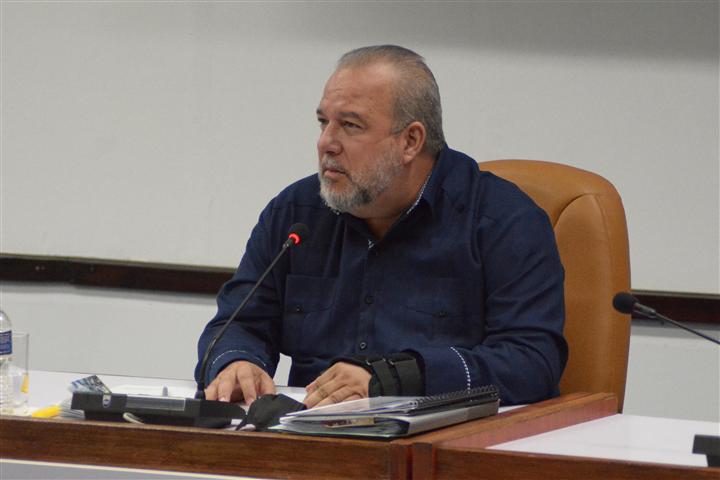 During the annual balance meeting with the Ministry of Justice (Minjus), the head of government assured that the enemy tries to sow intrigue and chaos in all processes, as is the case with the Family Code project currently in popular consultation.

He reiterated that 2021 was an extremely complex year for the country due to the intensified blockade of the United States, Covid-19, the international crisis, false news and the subversive campaign to break the people’s trust in the Revolution.

In the opinion of the head of government, recognizing deficiencies is the best way to act against this.

“Going on the offensive in the face of the subversive campaign must be a constant for you, who are very well prepared to defend justice and truth,” he said.

“Applying them cannot remain in the discourse, it has to be seen in results,” he stressed before the directors of the Minjus.

In this sense, he assured that the body has been strengthened as the rector of legal activity and guarantees respect for the laws.

On the other hand, he emphasized that the Government “is not sitting idly by, as evidenced by the measures to revitalize agriculture, the state company and the sugar cane industry, as well as the actions to grant more autonomy to the municipalities and transform the neighborhoods. “.

At another point in the meeting, the Minjus stressed that the legal services maintained their vitality, in accordance with the provisions approved by the country and despite the national epidemiological situation.

In fact, Marrero recognized the work of the lawyers who, despite the pandemic, continued work on the legislative schedule and service delivery.