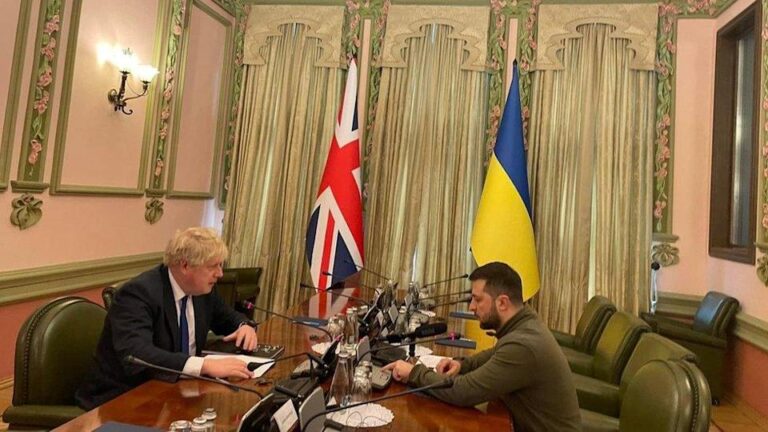 The visit was not previously announced, Andrei Sibiga, Deputy Head of the Office of the President of Ukraine, said on Facebook social network.

The Kiev embassy in London published an image on Twitter of both leaders sitting face to face in an office, next to the flags of both countries, accompanied by the message “surprise”.

According to the British government, Johnson informed Zelensky of his country’s support in the current situation and secured new shipments of military material for the Ukrainian forces.

“The UK will send more defensive weapons to Ukraine and work with G7 (Group of Seven) partners to attack every pillar of the Russian economy and ensure Putin fails”, the British chief executive said on Twitter before making his statement public of his visit to Kiev.

After the Washington government, the London government has been one of the largest suppliers of weapons to Kiev, which may prolong hostilities between Russia and Ukraine, according to political analysts.

Russia began a military operation in Ukraine on February 24, after authorities of the self-proclaimed People’s Republics of Donetsk and Lugansk requested help to repel the increase in aggression and intense bombing by Kiev.

In his speech to inform about the start of the operation, Russian President Vladimir Putin stated that the objective was to protect the population of Donbass from the abuses and genocide of Kiev during the last eight years, in addition to “demilitarizing” and “denazifying” Ukraine.