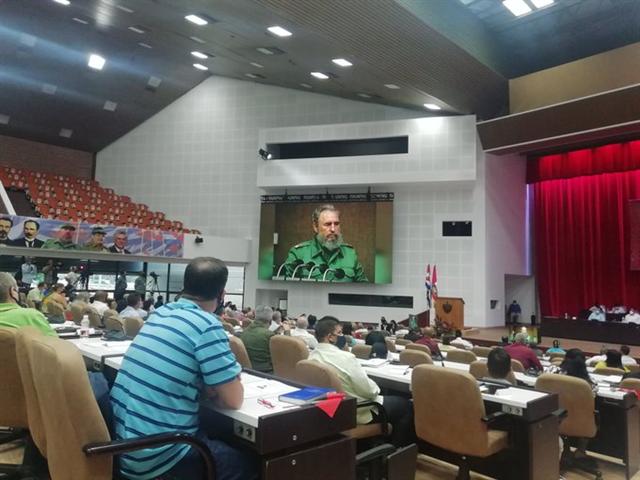 According to the Twitter account of the Presidency, the meeting also evaluates deficiencies of Havana’s partisan work, and existing reserves in the municipalities to produce food and other areas.

The meeting, which follows up on what was proposed at the VIII Congress of the PCC, includes a close examination of the economy, the political-ideological preparation and the challenges in the internal functioning of the organization in the territory.

“Today, in Havana, ends the deep evaluation process of our Party. We have traveled almost all of Cuba. We have seen an active militancy, at the center of the solution of the country’s problems. The 8th Congress is alive and will continue to set the course for us”, Diaz-Canel wrote on Twitter.

The day before, the first secretary headed the balance assembly of that political organization in the western province of Mayabeque, focused on food production.

The meeting also reflected on how to meet the demands of the people and what else to do from that territory for the economic and social progress of the nation.

Previously, Díaz-Canel participated in the partisan meeting of the eastern province of Las Tunas, which directed the analysis towards issues such as the economy and ideological challenges.

In his opinion, debates were critical, honest, encouraging and aware of the moment the nation is experiencing, marked by the impact of the Covid-19 pandemic and the United States economic blockade against Cuba.