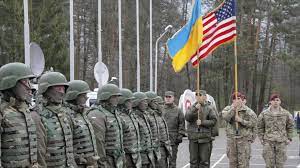 International affairs specialist Kim Myong Chol pointed out that, driven by Washington, the Ukraine situation is becoming distorted and what supposedly started as a security problem has suddenly became a human rights issue.

US media and allies in the West are filled with headlines such as “mass extermination” and “massacre of civilians”, while in the Western world the demands of politicians for “punishment of war criminals, tightening of sanctions and weapon assistance,” are heard Mr. Kim detailed.

The Korean analyst recalled that Washington has unleashed violence, war, humanitarian disaster and instability around the world, and clear examples are the cases of former Yugoslavia, Afghanistan and Iraq, where millions of innocent civilians were cruelly murdered.

War crimes the United States and the West are ballyhooing are part of the psychological campaign to tarnish Russia’s international image and, in the long run, bring about the collapse of power Moscow has, Kim warned.

The specialists, however, stressed that US sanctions are not an omnipotent remedy, nor does the United States represent the whole world. Apart from them, there are many countries that can foster sincere and comprehensive cooperation on the basis of equal and friendly relations, he recalled.

Pressure regarding human rights issues by the United States against other countries will only have the counterproductive effect of isolating itself and clearly revealing its unethical crimes. The Ukraine crisis is precisely that of Washington which will be the final loser, Kim concluded.