Iran urges US to lift sanctions 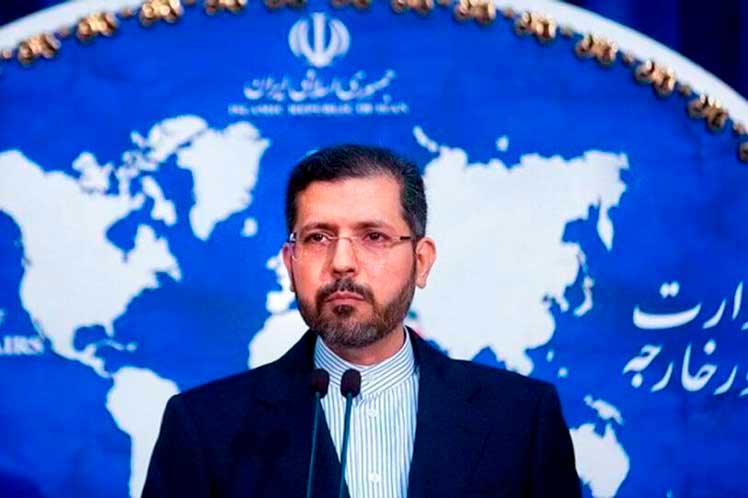 Iran urges US to lift sanctions

All components of the maximum pressure exerted by the United States must be eliminated. Our position, logic and arguments are clear, Jatibzade remarked at a press conference.

In his statements, he stressed that Washington’s so-called maximum pressure policy slows down the reactivation of the 2015 nuclear agreement and prevents the Iranian nation from benefiting from the interests of that pact.

“We have not yet reached the point where the US side shows that it is fulfilling its obligations (…) What is important for us is the economic result and that the Iranian people benefit from the lifting of sanctions,” he said.

The Washington government violated resolution 2231 of the United Nations Security Council in its unilateral exit, in May 2018, from the nuclear pact, officially known as the Comprehensive Joint Action Plan (PIAC).

The talks in Vienna between Iran and the 4+1 group (composed of the United Kingdom, France, Russia and China, plus Germany), completed eight rounds of debates for the resumption of the PIAC, in which the United States participates indirectly.

They demanded that the dispute resolution mechanism not be included to prevent the United States from reinstating sanctions against Tehran, as in the previous agreement.

Over the weekend, Iran once again denounced the excessive demands of the United States and reaffirmed that it will follow a diplomatic path to reach a good, strong and lasting agreement in the Austrian capital.

According to the Islamic Republic, Washington must take a more realistic view and make a political decision as soon as possible if it wants to be part of PIAC again.