Ramonet underlines media character of the 2002 coup in Venezuela 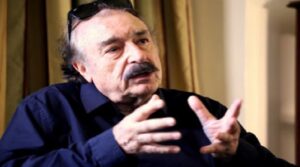 Ramonet underlines media character of the 2002 coup in Venezuela

During his participation in the International Summit Against Fascism, based in Caracas, the renowned intellectual valued the influence of the media in the coup coup against the leader of the nascent Bolivarian Revolution.

“That was the first media coup in history, it had not happened before that the media were equal or even more protagonic role than the military themselves in a coup,” Ramonet said in statements to Venezolana de Televisión.

Although private communication companies traditionally mobilize against a popular government, in Venezuela they were direct protagonists in the attempt to overthrow the president, reflected the political analyst.

From Ramonet’s point of view, the Venezuelan case was very particular, since the owners of the media were involved in the coup against Hugo Chávez and had prepared everything together with the military sectors plotting in the coup.

On April 11, 2002, the Venezuelan right promoted the overthrowal of the leader of the Bolivarian Revolution, after a bloody media campaign aimed at tarnishing the figure of the president and the progressive ideals he represented.

The leadership of the Fedecamaras business association and the private media, in complicity with sectors of the opposition and the ecclesiastical hierarchy, conspired with elements of the military high command to overthrow the head of state and place the oligarch Pedro Carmona in the de-facto presidency.

The coup was previously planned with a massacre against the Venezuelan people in the streets near the Miraflores Palace (headquarters of the Executive), through the use of snipers, in order to hold the Chavez government responsible.

Hugo Chávez remained kidnapped by the plotted forces until he was rescued on April 13 by soldiers loyal to the constitutional order, who along with the popular insurrection in the streets put an end to the coup d’état.