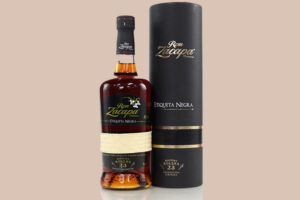 So much so that it’s not exaggeration to say that Zacapa is born a bit on each corner of the land of the Quetzal, and that is a luxury that few types of rumcan afford.

Its route begins in the Retalhuleu volcanic plains, where the company grows its own varieties of sugar cane, and also imposes its seal on fermentation, with a yeast extracted from pineapple.

After being distilled, through a copper-lined column to eliminate impurities, the raw material travels to the mountains, specifically to Quetzaltenango, 2 300 meters above sea level, a place described as the “House above the clouds”.

Transferring it there is not a whim. There it stops being a sweet liqueur that deceives the palate to reach a rainbow of flavors chiseled in such a slow aging process that, some say, it even “melts the clocks”.

Each barrel has its own unique history. Running away the molasses that gives shape to other rums, Zacapa uses “virgin honey,” the concentrated juice from the first pressing of the cane, which it combines with home-grown yeast to ferment a distinctive blend that ages the rum at an average 16.7 degrees Celsius.

Another unique factor is its aging with the “solera” method, which characterizes sherry, a process that gives rise to unique colors, aromas and flavors, witnesses of continuous mixtures in barrels that previously contained Bourbon whiskey, cognac, sherry wine or Pedro Ximénez.

Its manufacture, as the most demanding gourmets recognize, has nothing to envy to the most select Scotch whisky, and the success maintained throughout time is a great reward. Zacapa Centenario 23 years was bornin 1976; it is the base variety and today the best-selling premium rum. Then came, in 2000, XO 25 years, an ultra-premium version, and later Zacapa Centenario Royal, distilled to top purity from rums aged between eight and 30 years.

All are sought after by gourmets, despite prohibitively high prices in some cases, but visiting Guatemala would be incomplete if travelers do not have a “sip of heaven”, with the only company of an ice cube.