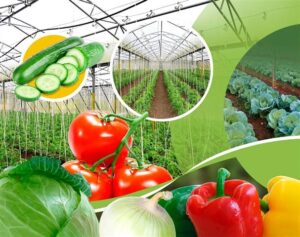 With support from the United Nations Food and Agriculture Organization (FAO), the Minag is currently undertaking the project known as Increased Climate Resilience of Agricultural Ecosystems (IRES).

The official statement specifies that this plan is financed by FAO’s Green Climate Fund.

It is about advancing in the rehabilitation of productive landscapes in seven municipalities vulnerable to climate change, with actions such as the clearing of 184 hectares of land invaded by sickle bush (or marabou weed).

Such works seek to establish six agroforestry and silvopastoral modules (integration of trees and forage) with impacts on food production.

The report summarizes the results after a year of implementation of the initiative, released during a meeting of its National Steering Committee, the message explained.

It pointed out that the project (seven years long) laid the foundations to advance in its objective of increasing productive landscapes.

The IRES has trained 3,643 people, in particular 654 directors, technicians and direct stockholders from 71 national institutions, on topics such as resilience, inclusive communication, environmental safeguards and gender equality.

In addition, 18 School Farms benefited and were identified for the training of producers to exchange experiences and disseminate the best agro-productive practices of the project, favoring 51,098 households.

The national coordinator of the project, Wilfredo Aregui, outlined that another of the most important results was the creation of a Group of Experts for the design of the Resilient Landscapes Fund, which will provide financial resources to producers and productive units to motivate the adoption of production practices and technologies that improve the landscape.

The initiative seeks to reduce climate vulnerability in the towns of Los Arabos, in Matanzas province; Santo Domingo, Quemado de Güines and Corralillo, in Villa Clara, and Jobabo, Amancio Rodriguez and Colombia, in Las Tunas.

The directors expect the rehabilitation of 15,544 hectares of land that are covered with marabou weed, with a direct impact on the reduction of carbon dioxide (CO2) emissions resulting from land use.