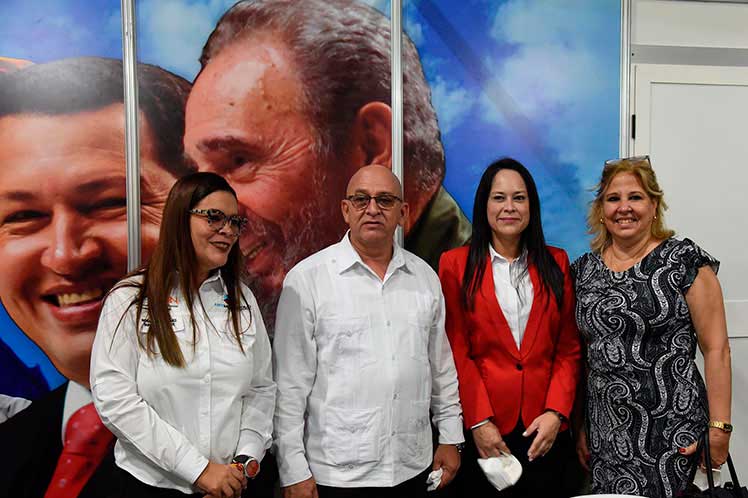 During its inauguration at the Pabexpo fairgrounds, the Cuban Vice Minister of Construction, Ricardo Carbajo, welcomed the South American country in a fair “of great benefit for everything it can contribute to the sector.”

He highlighted how in a context marked by the impact of the Covid-19 pandemic and the intensification of the blockade from the United States against both nations, their collaboration was strengthened and generated notable impact in areas such as health, education, economy and culture.

“Specifically in the construction sector, we collaborated for more than 10 years in the creation of houses, health centers, sports fields, industrial works, among others,” he added.

For her part, the Vice Minister of Small and Medium Industries of Venezuela, Diana Castillo, commented that at this time the ties are advancing towards a new stage, in which deep solidarity is maintained, but stronger commercial relations are added.

From her role in the Venezuelan government, she stressed that “Venezuelan private companies are anxiously waiting for these ties to be consolidated and we can make further progress.”

With 118 exhibitors from 15 countries and a virtual presence in all Cuban provinces, Fecons 2022 will promote exchanges between scientific and professional institutions, material producers, builders, suppliers and designers.