Panama hosts Central American and Caribbean meeting with the EU 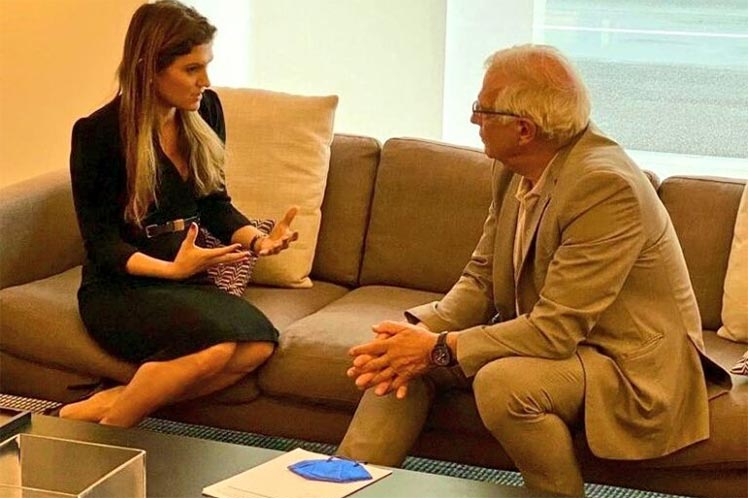 Panama hosts Central American and Caribbean meeting with the EU

The appointment agreed for May 3 will analyze the conflict between Ukraine and Russia, “with the aim of agreeing on a single block voice on multilateral platforms”, ​​the statement indicates, which is seen by social organizations as another scenario for the West -The United States and the EU- to align the continental backyard in their condemnation and attacks against Moscow.

Panama holds the temporary presidency of the Central American Integration System (SICA) and in this call it adds representatives of the Caribbean Community (Caricom), in addition to organizing separate exchanges with the heads of Foreign Affairs of both organizations.

The next conclave will conclude with a Final Declaration, about which some researchers warn that it takes place a few days before the meeting of foreign ministers and other security and/or defense authorities on Migration (May 19 and 20) with the presence as co-host of the US Secretary of State Antony Blinken.

This new meeting is also being held ahead of the 9th Summit of the Americas, in Los Angeles, California, from June 6 to 10, where a Declaration on Migration and Protection is expected to be signed, as announced by Blinken himself in this capital.

The visit of the EU High Representative for Foreign Affairs and Security Policy includes official talks with the President of the Republic, Laurentino Cortizo, and Foreign Minister Erika Mouynes; as well as a tour of the Panama Canal.

Regarding Borrell’s stay, the first to the isthmus since taking office, Mouynes announced that he will be received by the highest national authorities to evaluate the bilateral ties from the country that can serve as a “bridge to crystallize rapprochements between Latin America, the Caribbean and Europe”.

“Panama has filled the leadership void in the region, with strategic approaches to address issues that cannot be postponed, such as irregular migration, the recovery after Covid-19, the effects of climate change and its mitigation, and the conflict in Ukraine,” the diplomat remarked.

The convened ministers, she added, will review the prospects for regional integration and the already long-standing relationship with the EU, as well as the implications of recent social conflicts on the economy of the countries attending the meeting, a relationship that is still unknown.

At the initiative of Mouynes, the foreign ministers will prepare a joint proposal identifying needs and common political positions to position the Central American and Caribbean bloc – although not all the nations are represented – as a group of influence in the international arena that will be presented to the Group of Twenty (G20), the United Nations and other multilateral mechanisms.

The unprecedented forum takes place just two weeks after the Asian tour of the Panamanian foreign minister, during which she met with her peers from China, Vietnam, Indonesia and Singapore, to establish a new channel of contact with the countries of the Southeast Asian, concludes the message.

For their part, popular movements such as the National Front for the Defense of Economic and Social Rights (Frenadeso) repudiated Borrell’s visit, whom they classify as a promoter of Nazi-fascism in the world.

Borrell’s arrival in Panama, warned Frenadeso, is a continuation of Blinken’s recent visit with the aim of aligning the Cortizo government and the foreign ministers of some countries in the region in support of the warmongering policies of NATO and the United States.