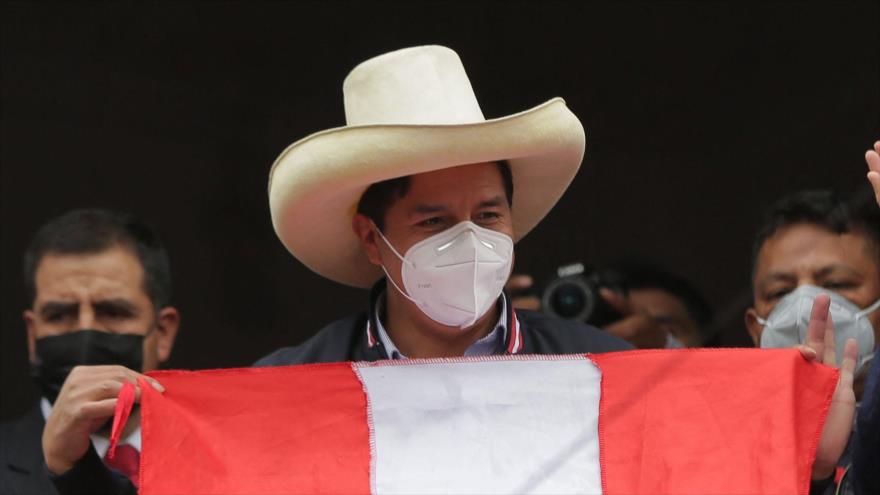 Lima, May 11 (Prensa Latina) A businessman close to the Peruvian president, Pedro Castillo, triggered a new political scandal today by stating that the president won the position with fraud, which was dismissed by the leader of the ruling party in congress.

Businessman Zamir Villaverde thus maintained a version that coincides with the extreme right-wing parties that denounced fraud to prevent Castillo from reaching the presidency, which have under their control the Legislative commission that investigates the executive and others involved in possible cases of corruption.

The spokesman for the parliamentary caucus of the co-governing Free Peru Party, Waldemar Cerrón, consulted on the subject, responded that the Public Ministry must investigate and respond to what he described as “lies, speculations, tittle-tattle.”

Those versions, he added, only seek to create a current of opinion in the population, and scandal and sensationalism must be avoided.

Villaverde was contacted by the legislative auditing commission by video call for an interrogation and surprisingly asked to make a prior statement in which he expressed his willingness to tell the truth before the Public Ministry.

According to him, without evidence, the current president “coordinated at the highest level the fraud with the National Elections Jury (JNE)” in the first electoral round, harming the neoliberals Keiko Fujimori and Rafael López Aliaga (second and third).

Villaverde is accused of integrating a network of corruption with the illegal awarding of public works to companies involved and, among other things, he received threats from the intelligence service, senior officials and close associates to the president “with the aim of silencing me.”

He maintained he supported the electoral campaign but “today I tell him that I am not afraid of him and that I’d hold him responsible for any attempt on my life.”

The allegations of fraud by the losing parties intensified, especially after the second round, in which Castillo narrowly defeated Fujimori, but the investigations by the Public Ministry and the JNE ended without finding evidence to prove the accusation.

Villaverde’s statements, in addition to reviving those allegations, support the manifest intention of the far-right bloc to appoint new JNE judges.