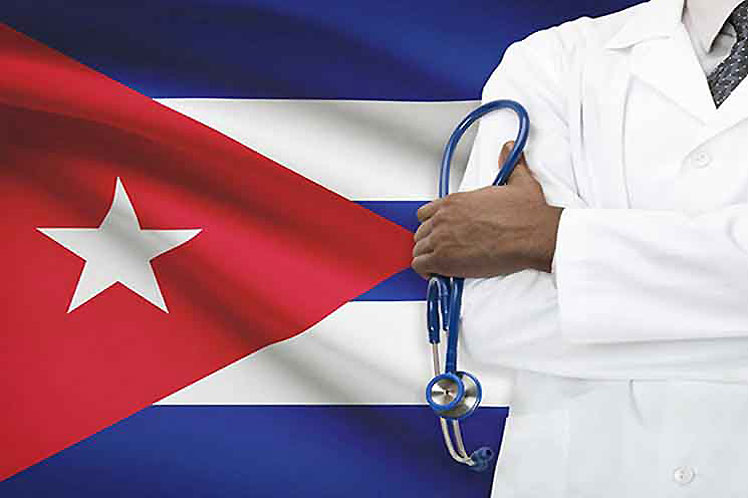 In his daily morning press conference at the National Palace, the president was asked about statements by conservative doctors who oppose free medical care and medicines, and criticize with unjustifiable arguments, according to the government official, the hiring of 500 Cuban doctors.

It is the expression of conservative thought and, therefore, we have to be very clear in explaining why. One of the things that has characterized the corruption regime is simulation and that is why they called the privatizations, disincorporations, he said.

He denounced how they opposed admission to universities so as not to train new doctors and related that selfish position to the serious problem that Mexico is dragging today and that was revealed during the Covid-19 pandemic, of having hospitals, but without either general practitioners or specialists to put them into operation.

He explained that they will bring doctors from Cuba “because we do not have enough due to the system of corruption that they defended, which meant not investing in public education or in the training of doctors, and that prevailed throughout the neoliberal period, an inhuman and absurd policy that lasted 36 years.

Lopez Obrador added that the commitment of his government is to guarantee the right to health even though conservative doctors, sponsors who own laboratories and private clinics, who do not like free health care, are opposed.

However, health care is a right of people, and the first thing is to summon our doctors who are very good professionals, but we have analyzed the situation and unfortunately we do not have them in the amount that the country requires, there are not the generals we need or specialists to hospitals in poorer areas, he added.

For example, there are almost no pediatricians, and given these deficits, which indicate that we will not be able to cover the entire network of healthcare centers, medical units and hospitals, we are making this agreement with Cuba to bring 500 physicians.

He exemplified with the case of children with disabilities who do not have money to be treated in private specialized clinics and hospitals, when they run the risk that if their minor disability is not treated it will become serious.

The president pointed out that there are public hospitals that treat these diseases, but they lack specialists. There is a lot of irrationality, a lot of selfishness, very retrograde attitudes.

He announced the creation of a center in the state of Sinaloa for children with disabilities in a very poor area of the country, and Cuban specialists are going to work there, and revealed that he presented this plan to President Miguel Diaz-Canel, so that Cuba would help in therapeutic care for these children.

Lopez Obrador pointed out that they still did not know how many were going to be assigned to the mountains of the state of Guerrero and that they do not have a date for the arrivals of the professionals from Cuba.

Referendum in Cuba is being held with transparency and truthfulness

Cuba’s Family Code is the result of struggles and conquests

Referendum in Cuba is being held with transparency and truthfulness

Cuba’s Family Code is the result of struggles and conquests