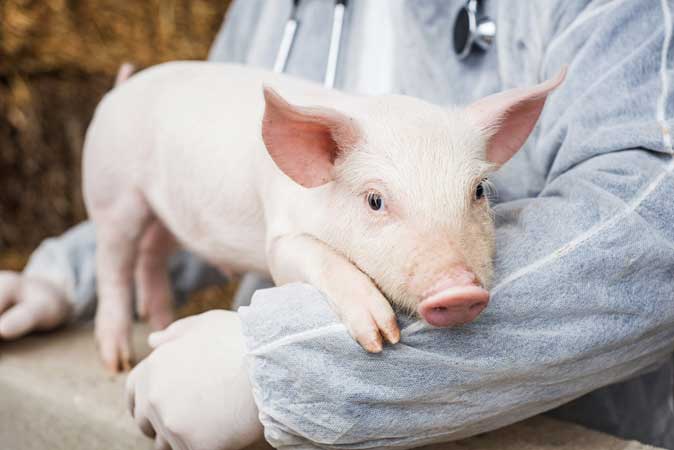 Last week, in a two-day meeting of an advisory committee to the US Food and Drug Administration (FDA), agency officials and physicians debated on what regulators would need to move forwards, according to Nature journal.

Most attendees agreed that human trials are needed to help answer the most pressing research questions about interspecies transplants, known as xenotransplantation.

The data support the initiation of “small, focused” clinical trials with “appropriately selected patients,” said Allan Kirk, a transplant surgeon at the Duke University School of Medicine in Durham, North Carolina, who attended at the meeting.

Specialists have repeatedly transplanted pig organs into non-human primates, such as baboons, with success. But such experiments do not simulate human trials perfectly.

If the ultimate goal is to do transplants in people, human trials are needed, says Caroline Zeiss, a veterinary specialist at Yale School of Medicine in New Haven, Connecticut.

Such trials, she says, would help to answer a slew of questions, including what is the best cocktail of immunosuppressive drugs to give humans to help their bodies accept a pig organ, and how can physicians manage the risk that transplanted organs might harbor a pig virus.

Researchers also want to know which pig breed is best suited for growing transplant organs, and how co-occurring health conditions, such as diabetes, could affect transplantation success.

Physicians see an urgent need for the trials: more than 100,000 people are waiting for organ transplants in the United States alone. Researchers have long hoped that xenotransplantation could help to meet demand and, therefore, save lives.

“We have people dying each day waiting for organs,” says Jay Fishman, a specialist in transplant infectious disease at Massachusetts General Hospital in Boston who participated in the FDA meeting.

Although there have so far been no formal human xenotransplant trials, physicians have performed a handful of the procedures in the past year, with the permission of institutional ethics boards.

In late 2021, for instance, surgeons transferred genetically modified pig kidneys into two legally dead people who had no discernible brain function and were on ventilators. The kidneys functioned normally over the 54 hours of the test and seemed to produce urine.