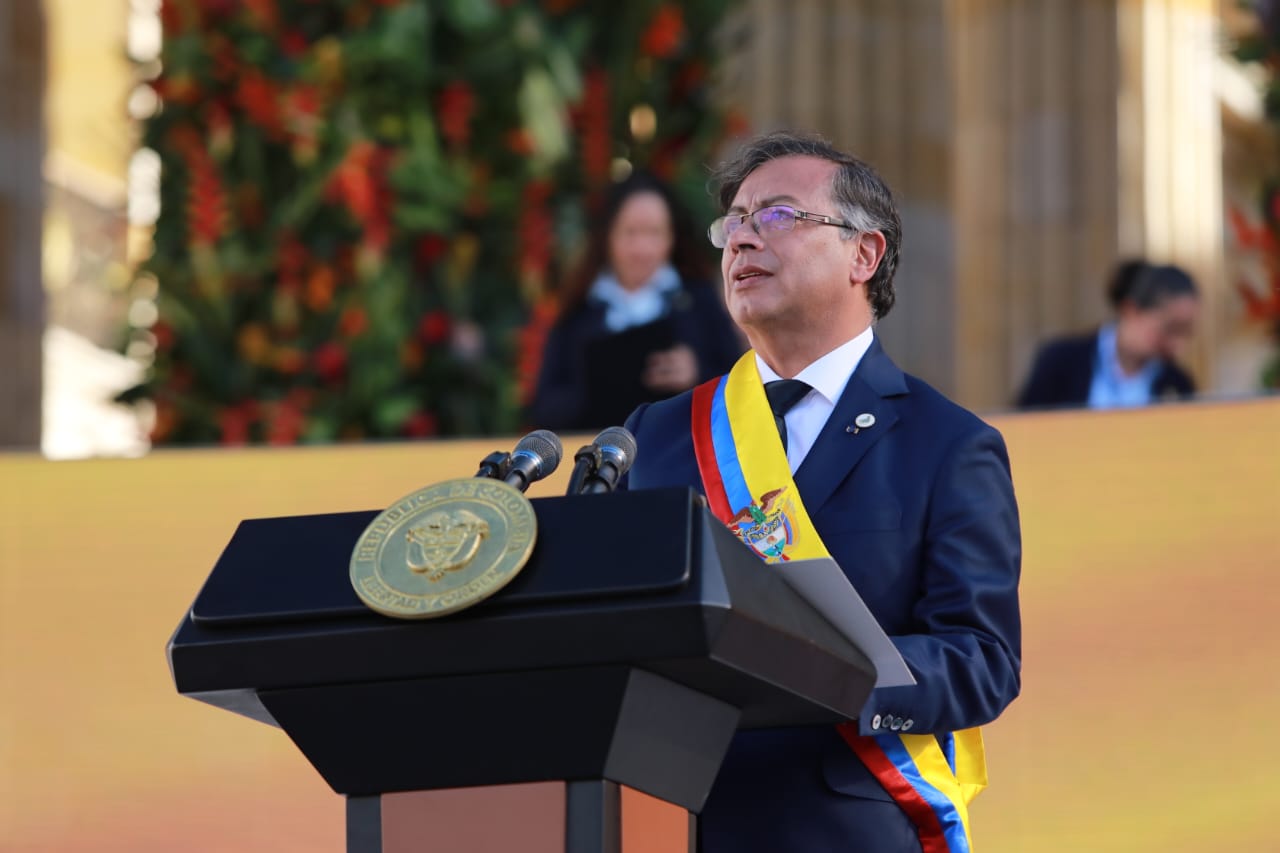 “Here, as in the course of my existence, are the people. The humble hands of the worker, here are the peasants and those who sweep the streets”, Petro said after mentioning his parents, son and wife who are essential in his life, also his political career.

The inauguration ceremony was a great popular celebration characterized by an explosion of culture, artistic expressions of the most diverse territories of this multi-ethnic country, in the streets and public spaces surrounding the Bolivar Square in Bogota, the scene where Petro sworn in as a president.

Petro also greeted the heads of State who attended this day of transcendence for the history of the Colombian people.

After Petro sworn in as President of Colombia, he handed over possession to Vice-President Francia Marquez, but at that moment he asked to bring the sword of Simon Bolivar that former President Ivan Duque refused to give it for the ceremony.

Some few minutes later, escorted by the peasant and presidential guards, the sword of Liberator Simon Bolivar entered the stage for the inauguration ceremony.

Petro swore Francia Marquez in and delivered a memorable speech in which he set out his decalogue and commitments of his Government.

Peace, unity, development, fight against corruption, new anti-drug policy, integration, defense of the environment, talks, security, inclusion, among others, were the issues addressed by the new president in his speech.

In another protocol act, Petro and his family, accompanied by senior military commanders, moved to the Casa de Nariño, the President’s residence and workplace, where Ivan Duque waited for him before leaving it.

Voices grow in Colombia to remove Cuba from US list

Voices grow in Colombia to remove Cuba from US list