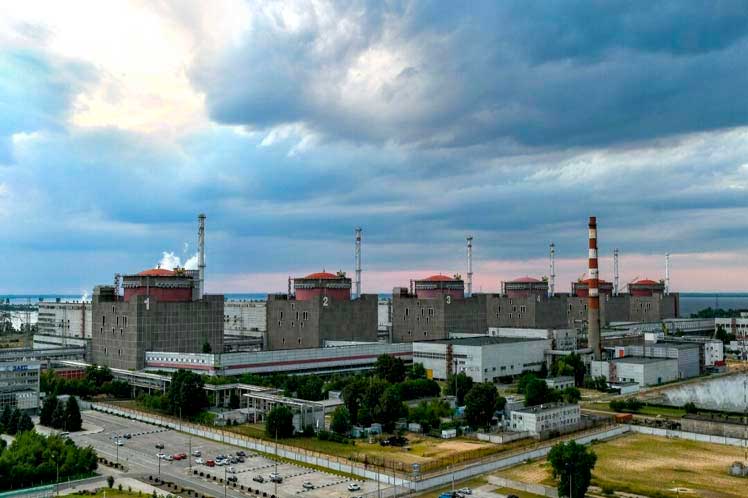 “Kiev’s military continues to launch systematic attacks against the plant, using multiple rocket launchers, artillery and drones, all with the collusion of Washington, which could cause a disaster whose repercussions Europe would have to face for many decades,” the embassy declared on Telegram.

The Russian embassy reacted thus to the statements of the US State Department spokesman, Ned Price, who stressed on Thursday that the White House “condemns in the strictest terms Russia’s reckless disregard for nuclear security.”

The spokesman also urged Moscow to cease military activities near the Ukrainian nuclear facilities and return control of the Zaporozhie plant to Kiev, while accusing Russian troops of “coercing” the plant personnel.

The Russian diplomats stated that Price did not provide “any evidence” to support his accusations in his comments, while leaving Ukraine, which is “mainly responsible for what is happening,” out of his speech. “Clearly, Washington does not disdain brazen lies in its unstoppable attempts to denigrate our country,” the Russian officials stressed.

They argued that the Ukrainian military is gradually increasing its attacks daily. In total, they carried out 12 artillery strikes on the nuclear power plant and the city of Energodar this Thursday, with more than 50 projectiles exploding in and around said areas, in addition to launching five kamikaze drones.

Along these lines, the Russian embassy in Washington alluded to a report by the Russian Ministry of Defense in which it warns that Ukrainian troops intend to stage a provocation to generate a radiation leak, compromise the integrity of the nuclear waste deposit and put the reactor in a state of abnormal operation, with the aim of creating an exclusion zone and blaming Russia for nuclear terrorism.

Putin signs treaties of accession to Russia of four regions

Lukashenko: If there is a will, peace in Ukraine will come soon

Putin signs treaties of accession to Russia of four regions

Lukashenko: If there is a will, peace in Ukraine will come soon