Lula hopeful of winning Brazil’s presidency in the first round 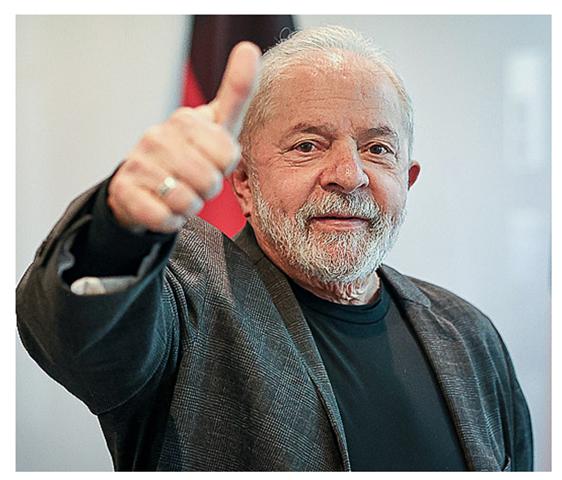 Lula hopeful of winning Brazil’s presidency in the first round

He reaffirmed his expectation of a victory in that round, but noted that he comes under attack not only from his main opponent, far-right-leaning president Jair Bolsonaro, but also from other candidates.

Despite not being cited by Lula, former minister Ciro Gomes, a candidate for the Labor Democratic Party, is seen by the PT campaign as “Bolsonaro’s auxiliary line” and causes discomfort among his own voters.

The former labor leader assured he did not want to lower the level of the campaign and recognized that of all the elections “this seemed to be the most difficult, because we are competing against someone who does not know any democratic practice”.

He insisted that he is competing with someone who works on the fake news base every day. “And we are also competing with adversaries who have resolved to try to attack us as much as our most important opponent”, he said.

We don’t need to play contemptuously. “We have to try to discuss the issues that interest the Brazilian people. The people want to solve the problem of their debt, their unemployment, to put an end to the informal economy and the people want to smile again and eat in that country,” he said.

He stressed that the electoral campaign “not only has to be victorious, but also have a mark of popular and social participation, and that is what we know how to do, we have done it and we have to do it again on October 2.”

Again the favorite presidential standard-bearer to the polls repeated that he will not fall for the provocation and attacks of opponents. “I continue with the same calm of the first day… I am going to continue trying to tell people that it is possible to rebuild this country and another country is possible,” he stressed.

Lula, with 44 percent of the valid votes, maintains a visible advantage in the race towards the vote, according to a new poll published yesterday.

Prepared by the Intelligence Research and Strategic Consulting Institute, the survey places after the founder of the PT, with a difference of 13 points, Bolsonaro, candidate of the Liberal Party (31 percent support).