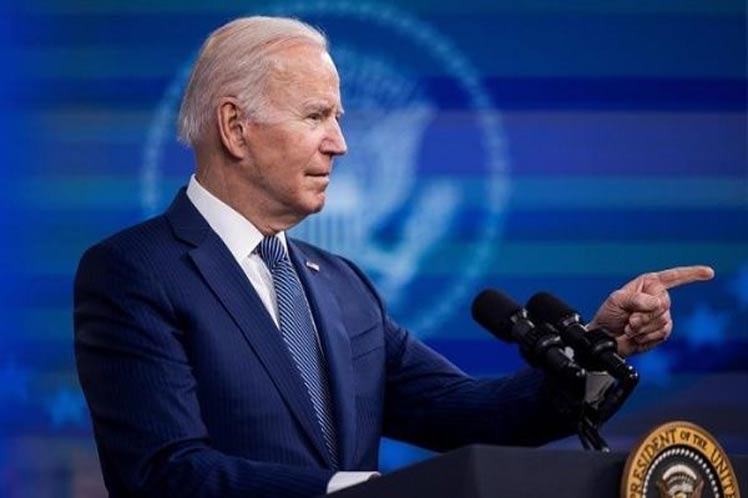 White House Press secretary Karine Jean-Pierre announced Joe Biden´s travel without giving details about locations the president will visit or people he will meet with.

Hurricane Fiona made landfall in Puerto Rico nearly two weeks ago and left over twenty people dead. The chaos was worsened as privatizing consortium LUMA Energy failed to promptly restore Puerto Rico’s power grid and shortage of drinking water for its population.

According to the PowerOutage.us website, over 151,000 Puerto Ricans are still without power.

Hurricane Ian hammered Florida on Wednesday with category 4. Then, it skirted U.S. east coast and made landfall for the second time in South Carolina on Friday.

The country was left with buildings turned into rubble, flooded areas, ruined businesses and the death of around 70 people, according to CNN.

President Biden approved this week a disaster declaration for the areas hit by the life-threatening cyclone, instructing to give priority to save lives, ensure provision of essential services and support for survivors.

Although Federal Emergency Management Agency authorities warned that Ian could have catastrophic effects, there were criticisms about people remaining on the streets during the hurricane’s passage, as well as questions about alleged delays in evacuation.

Some 815,000 Floridians are still with no power and some communities remain fully isolated, making it difficult for first responders to reach victims.