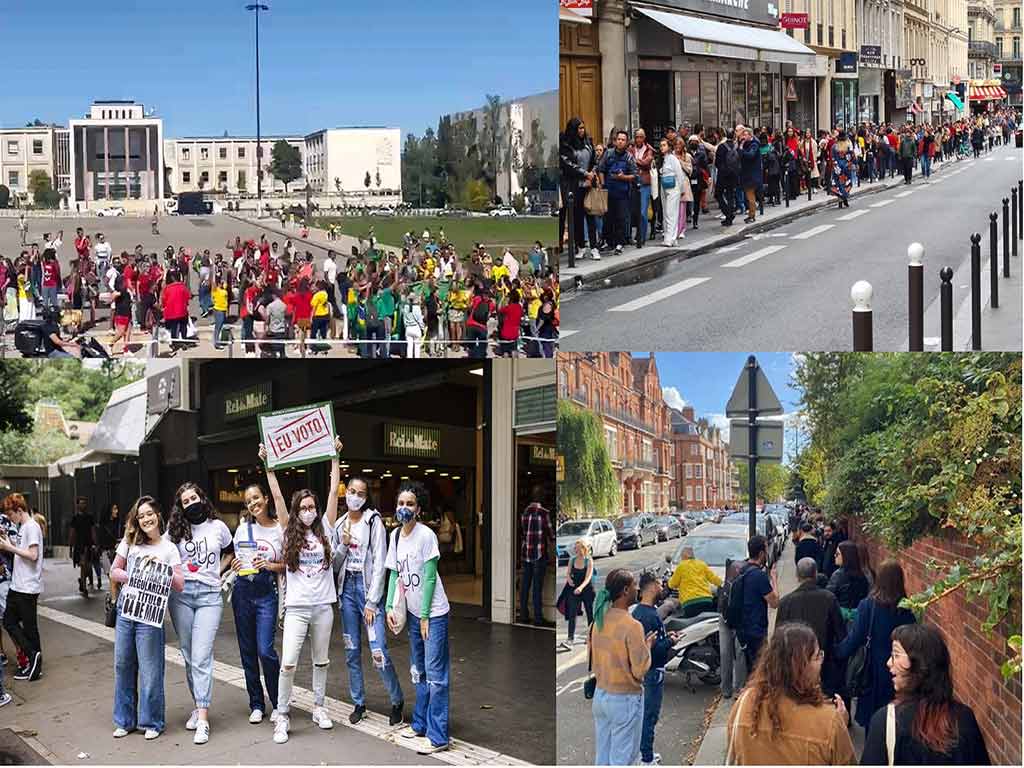 Cited by the Brasil de Fato portal, reports assured Brazil´s suffrage ended in at least 70 countries, out of a total of 181 electoral zones available abroad.

The candidate for the Workers’ Party (PT) was victorious in China, Australia, New Zealand, Poland, Palestine and Hungary.

Japan is the third largest school abroad, reporting 76,570 registered Brazilian voters. In total, 697,000 can vote abroad in these elections, representing a 39.21% increase compared to 2018´s.

Women abroad represent 58.54%. Due to the increased electorate, there were long lines in several places to vote.

In Buenos Aires, which concentrates 51% of the Brazilian voters, the waiting time to exercise the right to vote was about three hours.

On the other hand, Portugal, the second largest polling station abroad 80.008 and eligible to vote. Lisbon, in Portugal, is the city with the largest number of eligible Brazilians, with 45,002 voters.

According to the Brazilian consulate, it is estimated that at least 3,000 people were still doing line less than half an hour before the initially-planned closing time.

Following a request of the Superior Electoral Tribunal, Brazil´s Foreign Ministry opened voting places in 21 cities with no embassies or consulates.