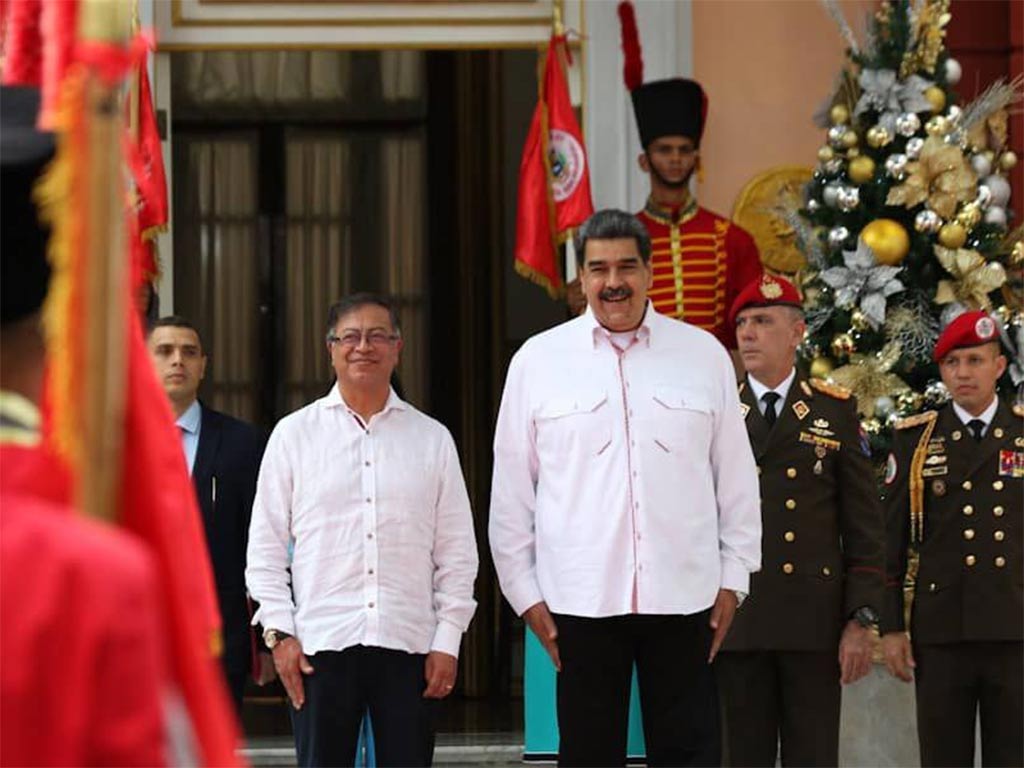 Caracas, Nov 1 (Prensa Latina) The President of Venezuela, Nicolas Maduro, today described as fruitful and truly auspicious the meeting with his Colombian counterpart, Gustavo Petro, with whom he talked about vital issues for the two countries, the region and the world.

After signing a joint declaration, Maduro and Petro presented their points of view on the issues discussed, in which they prioritized the welfare of both peoples above any differences.

Maduro pointed out that they assessed cooperation between the two countries which, he said, has a mark in history, for brotherhood and understanding, in addition to a common destiny.

Petro arrived in Caracas early in the afternoon, a visit that takes place in the context of the reestablishment of diplomatic relations between the two countries, after three years of rupture due to the aggressive policy of former President Iván Duque (2018-2022).

Venezuela and Colombia reestablished diplomatic relations last August 29. In the last two months, the two countries made progress on issues related to the 2,200 km border that separates them, security and economic issues, based on binational trade, which, according to official sources, grew by 95.5 percent so far this year.

The Venezuelan president said that they talked extensively on commercial and economic relations, the new steps towards a total and secured opening of the border, its security and the proper and corresponding operation.

He added they talked about multilateral matters, the reentry of Venezuela to the Andean Community of Nations (CAN), which he said was “good news for South America and the CAN”.

Referring to Petro’s proposal for Venezuela’s return to the Inter-American System of Rights, Maduro expressed that he was very receptive and “this will be the case in the course of the next few weeks in relation to this interesting topic”.

The Venezuelan Head of State pointed out that they made progress in strengthening issues related to the multilateral vision from the continent and in general towards the United Nations system.

He said that from now on they will address issues related to trade, economics, border security, the fight against drug trafficking and the need to continue strengthening diplomatic and consular relations and the treatment of the migrant population.