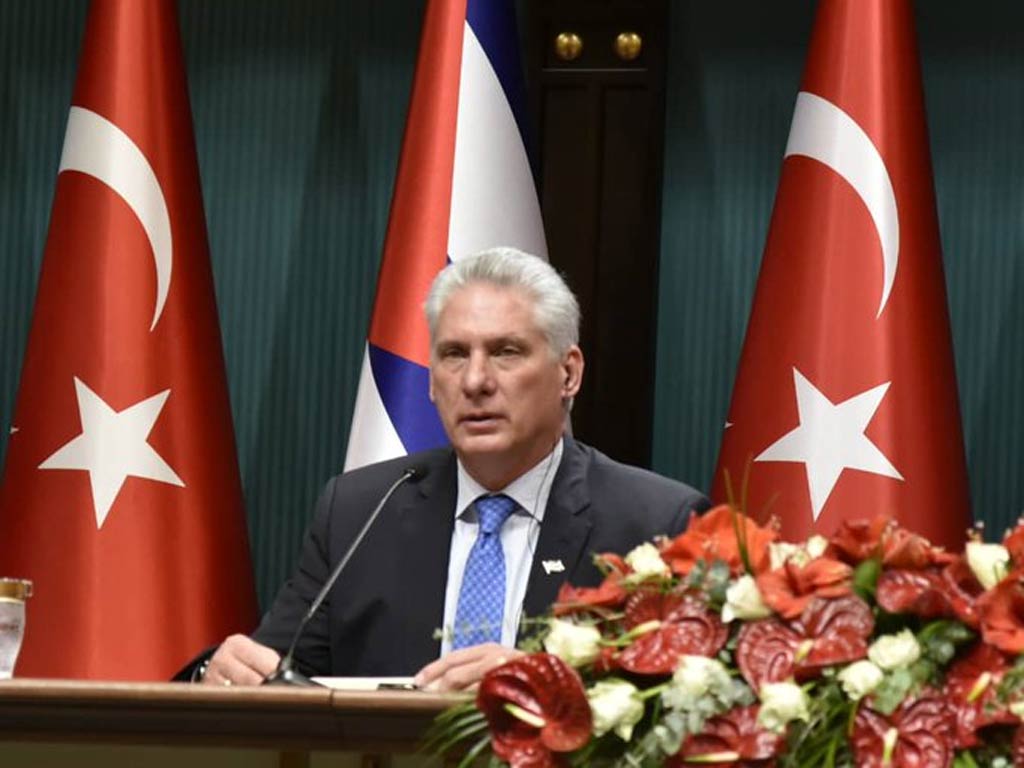 There is always the possibility of diversifying our commercial and financial relations of another type between our countries, the Cuban president said at the end of the official talks at the Presidential Complex in this capital.

It is very important for us to make this visit to Türkiye, especially coinciding with the 70th anniversary of diplomatic relations between the two countries, historically based on solidarity and mutual respect, he added.

We had fruitful talks, where we referred to possible joint projects, the Cuban head of State told a joint press conference with his Turkish peer.

Diaz-Canel verified that there were visits from business and ministerial delegations, despite the difficulties caused by the Covid-19 pandemic.

There is mutual interest in cooperation in biotechnology, renewable energy, tourism, agriculture, livestock, culture, and education, he stressed.

In addition, he thanked Erdogan for the support of the Turkish Cooperation and Coordination Agency for joint projects in agriculture and other priority areas in Cuba.

The president recalled the visit of the historic leader of the Cuban Revolution, Fidel Castro, in 1996 to Turkey, and the trip to Cuba in 2015 by Erdogan, whom he invited to visit Havana again.

The Turkish head of State expressed his intention to bring trade between the two countries to 200 million dollars.

We see that the interest of our companies in Cuba has increased. In the coming period, the investments of Turkish companies in that country will increase even more, the Turkish president pointed out.

During Diaz-Canel’s visit to Tükiye, six agreements were signed in areas such as banking, communication and information, as well as culture and diplomacy.