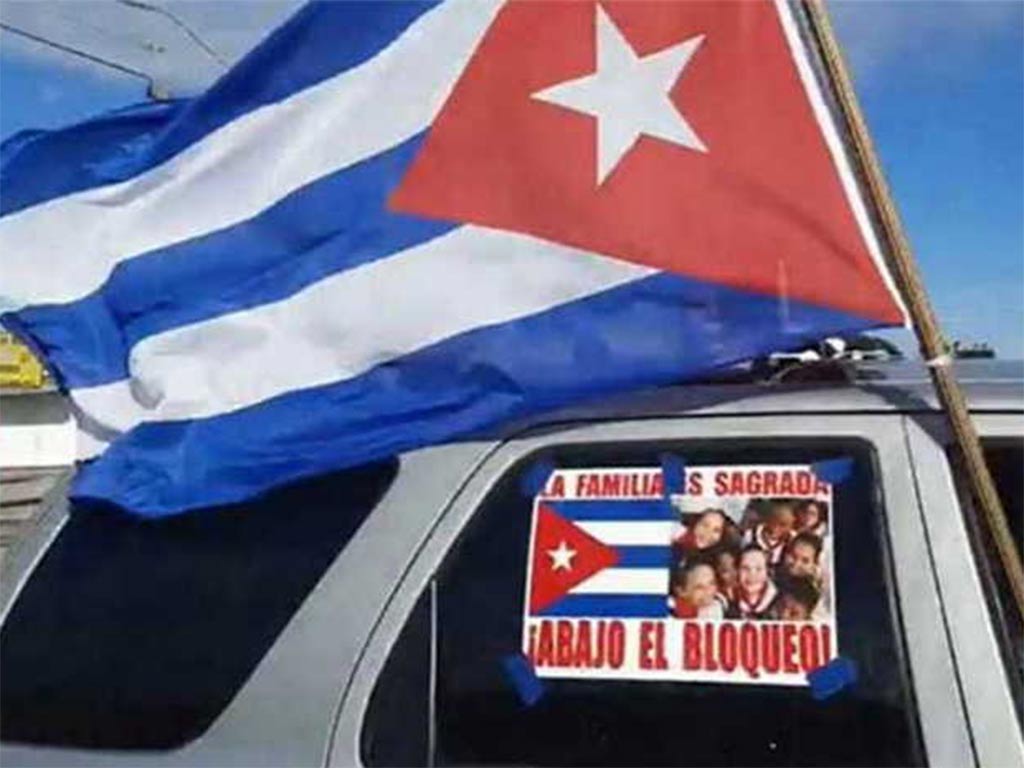 Washington, Dec 4 (Prensa Latina) A new caravan opposing the hostile U.S. blockade against Cuba will be conducted on Sunday in Miami, Florida, organized by the ¨Puentes de Amor¨ (Bridges of Love) Solidarity Project

Members of the Cuban immigration community based in Miami as well as Cuba´s friends residing in the United States will be reaffirming President Joe Biden to lift the unilateral blockade imposed on Cuba for over 60 years.

This initiative is aimed at getting contributions to take powdered milk to the Children´s Hospitals in Guantánamo and Santiago de Cuba provinces located in the eastern part of Cuba.

According to Carlos Lazo, Bridges of Love Project Coordinator, this Sunday’s solidarity caravan will be conducted in Miami, Florida, although other U.S. cities nationwide and around the world will be also making similar claims.

Solidarity Caravan for the Cuban family, to build bridges of love between the two peoples (Cuba and U.S.) and to call for the Joe Biden administration to stick to its election campaign promises and to push its own boundaries,’ Carlos Lazo stated.

Lazo also harped on the significance the White House to withdraw Cuba from its list of alleged States Sponsor of Terrorism -according to Washington’s standards-. This is something that reinforces the impact of the its hostile blockade and hinders financial operations, as well as Cuba´s insertion in international trade.

Solidarity caravans are taken place every end of the month in several parts of the world, calling -among others- for the family reunification program, family remittance sending and the restoration of travel to Cuba.

Lazo ratified the actions against the end of the hostile blockade ‘nobody can stop them’, because ‘it is necessary to put an end to this irrational and cruel policy and build bridges of love’.