Vietnam-Cuba friendship is an invaluable asset 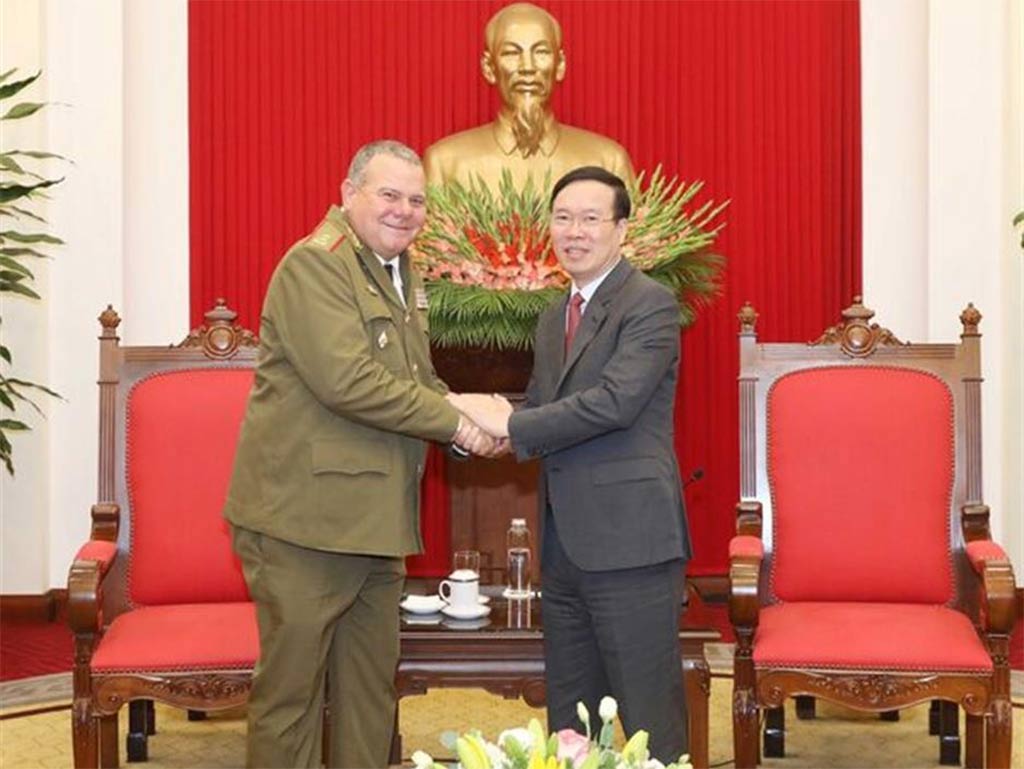 Vietnam-Cuba friendship is an invaluable asset

Hanoi, Dec 8 (Prensa Latina) The friendship between Vietnam and Cuba, founded by President Ho Chi Minh and the historic leader of the Cuban Revolution, Fidel Castro, is nowadays an invaluable asset to preserve, protect, cultivate and transmit to the new generations.

The CPV and the Vietnamese State attach great importance in strengthening and preserving relations with Cuba, Van Thuong said.

He urged to continue promoting cooperation in all fields, especially defense, and make it increasingly deep, practical, and effective, in line with the interests of each nation.

Speaking in the same sense, Rojo alluded to the talks held with Luong Cuong, Chairman of the General Department of Politics of the Vietnam People’s Army, in which both sides emphasized that collaboration in defense is one of the pillars of the bilateral ties. The head of the Political Leadership of the FAR also reassured that Cuba wants to strengthen ties and comprehensive cooperation in all channels with Vietnam. He also stressed the solidarity and traditional friendship between the Vietnamese and Cuban peoples.

On Wednesday, the high-ranking official and his delegation participated in a ceremony where a group of officers of Vietnam People’s Army received the Friendship Orders, Playa Giron, Antonio Maceo, conferred by the Republic of Cuba.

In his remarks, Ambassador Orlando Hernandez Guillen stated that this award is an act of justice and honor to those officials for their invaluable support in cementing the ties between the two countries.

In the context of his official visit to Vietnam, which will last until December 12, Rojo and his delegation will participate in the first Vietnam International Defense Expo 2022.