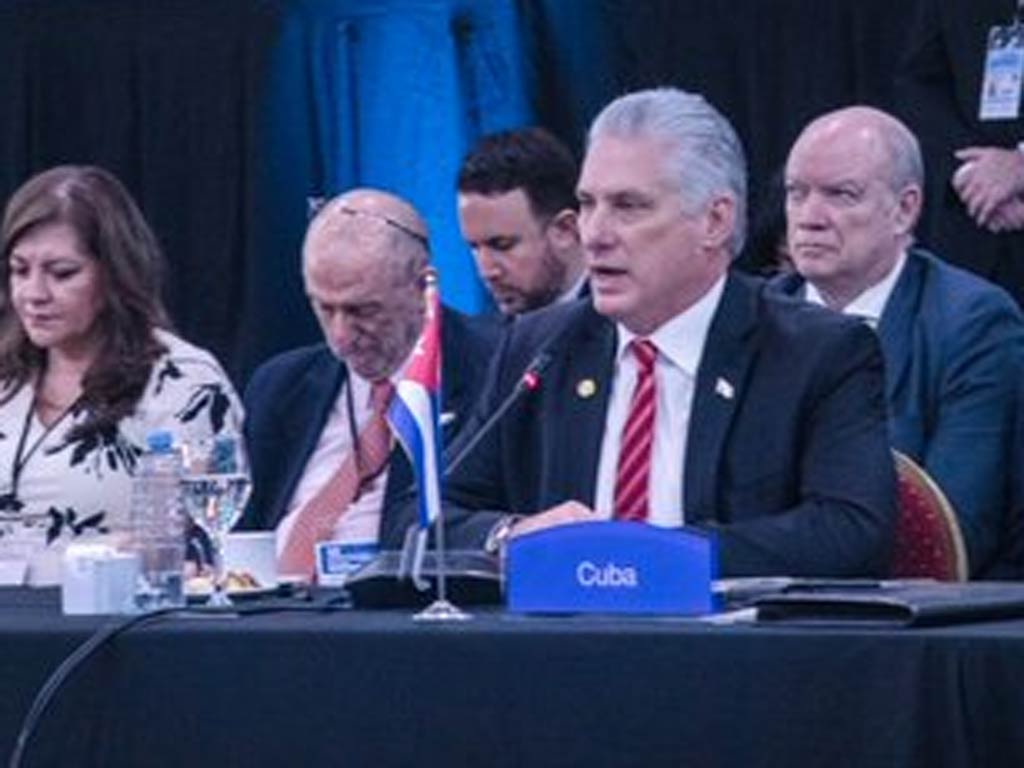 Buenos Aires, Jan 24 (Prensa Latina) Cuba expressed its firm solidarity with the governments of Venezuela, Nicaragua and Bolivia, subjected to persistent destabilization attempts, at the at the Celac Summit on Tuesday.

In his speech before the delegations from 33 countries participating in the 7th Summit of Heads of State and Government of the Community of Latin American and Caribbean States (Celac), Cuban President Miguel Diaz-Canel also expressed his country’s support for the demands for reparation for the damage caused by slavery and colonialism by the Caribbean peoples.

Brothers who need and deserve fair, special and differentiated treatment, the Cuban president said in his speech at the meeting, where he also noted that at this time, the Peruvian people deserve attention and solidarity and it is up to them to find solutions to their challenges.

During his speech, in which he warned that the United States persists in the effort to divide the region, Diaz-Canel stated that Cuba will always support other noble causes such as the independence of Puerto Rico and stability and peace in Haiti, on the basis full respect for their sovereignty.

He also ratified Cuba’s support for the peace process in Colombia; and Argentina’s right over the Malvinas (Falkland), South Sandwich and South Georgia islands, and the surrounding maritime spaces, which were usurped by the United Kingdom.

The Cuban president repudiated the actions and threats against the delegation of President Nicolás Maduro at this 7th Summit, denounced by the Venezuelan Government.

“And from endearing Argentina, whose women have marked the regional history with unparalleled heroism, I convey all our solidarity and support for Cristina Fernandez,” he emphasized in reference to the assassination attempt against the Argentine vice president in September 2022.

On the other hand, Diaz-Canel ratified Cuba’s position regarding the Organization of American States (OAS).

“With the abundant arguments that history offers us, I also say that we do not recognize, nor will we recognize any authority to the OAS, the organization that at the service of the United States supported and supports military interventions, coups d’état and interference in Latin America and the Caribbean against popular and legitimate governments”, he remarked.

The OAS, he said, did nothing against the assassinations, torture, forced disappearances, and persecution of social, progressive, and left-wing leaders in the region, who will remain forever in our memories.