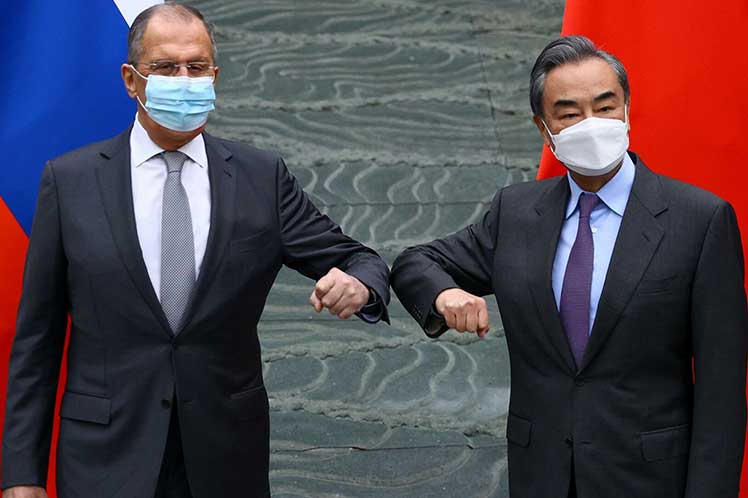 Foreign Ministers Wang Yi and Sergey Lavrov recently analyzed the latest moves of the US and EU during their 51st bilateral meeting and determined that regardless of the changes in the global situation, communication between their countries will not weaken, quite the contrary.

The meeting provided an opportunity to review the outcome of the recent Beijing-Washington gathering in Alaska, which was used by the US to put forward baseless allegations of human rights violations and attempts to turn multilateralism into a vehicle for sanctions, conflict and interference in domestic affairs.

Moscow and Beijing issued a joint communique expressing the will to renew and give greater relevance to the bilateral Treaty of Good Neighborhood and Friendly Cooperation, consolidate strategic coordination, combat disinformation campaigns and support each other aimed at maintaining stability in the areas surrounding the two countries.

As a new development, both foreign ministers considered it relevant to discuss the possible recognition of the anti Covic-19 vaccines developed on each side to oppose politicizing the issue and to join forces in the effort to provide these inoculations to poor areas.

Among other things they proposed holding a summit of permanent members of the UN Security Council to facilitate direct dialogue and discussion of solutions to problems facing all humanity.

Political scientists note the determination of these two members of that world body to break the monopoly on the hegemonic narrative of the White House and the EU and also push for the democratization of international relations.

In fact, the Chinese Foreign Minister said that ‘in the face of rapid changes in the international arena, carrying out strategic and timely communication and coordination is not only important for China and Russia but also for the world.’

Meanwhile, the Russian Foreign Minister stressed that ‘the Moscow –Beijing interaction model is free of ideological ties, is not subject to opportunism’ and is moving towards a truly multipolar system because it takes into account the flourishing and ‘growing influence of new economic, financial and political centers.’