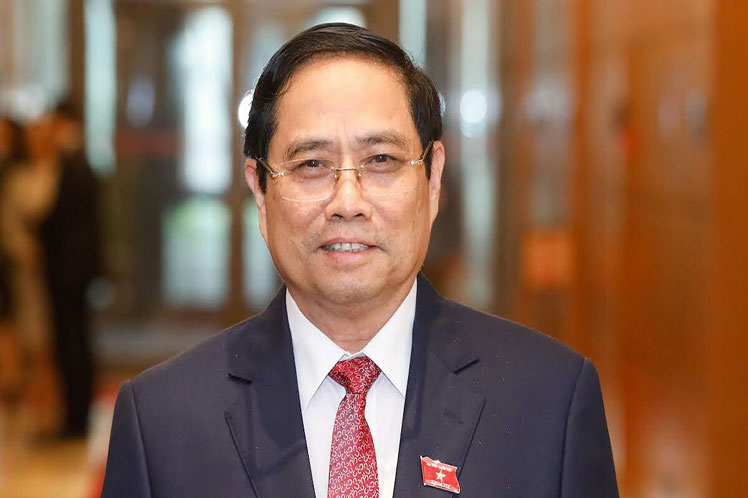 Chinh, 62, who was the head of the Commission of Organization of the Central Committee of the VCP, received the support of 96.25 percent of the deputies and when taking oath he promised fidelity to the Constitution and to fulfill the missions entrusted to him by the Party, the State and the people.

Minh Chinh takes over from Nguyen Xuan Phuc, who was elected President of the country by the Parliament to replace Nguyen Phu Trong. Both were congratulated for the successful fulfillment of their previous responsibilities.

One and the other will complete their predecessors’ terms until May, but could be ratified in office for the 2021-2026 term in the middle of that month.

The National Assembly also praised the results of Phu Trong’s work, carried out in unison with his responsibilities as secretary general of the VCP. In January, the leader was ratified at the head of the political organization for a third term.

Until April 8, during its eleventh and last session of the 14th Legislature, the National Assembly will elect the Vice President of the country, the Secretary General, the heads of commissions and the members of the Standing Committee of the Legislative itself.

Likewise, and always by secret ballot, it will confirm or relieve deputy prime ministers, the State Auditor General and other officials up to a total of 25 top leadership positions.

A few days ago, it already did so for the President of the National Assembly (Politburo member Vuong Dinh Hue was elected) and for its three Vice Presidents.