Ecuador’s President to be elected in second round of elections 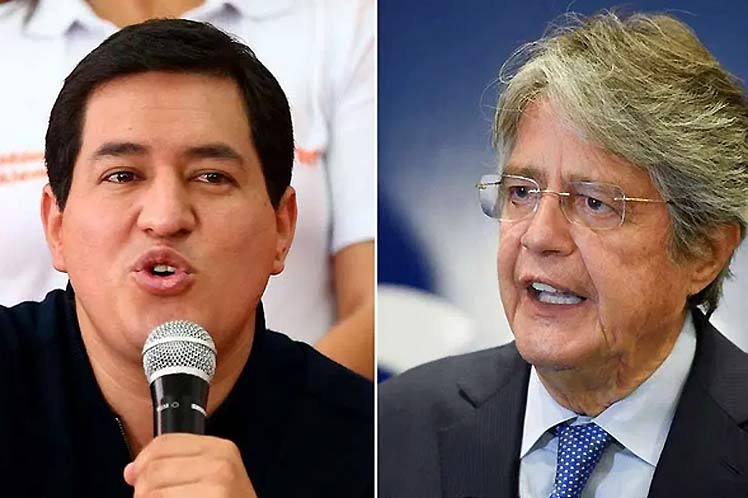 Ecuador’s President to be elected in second round of elections

A total of 13,099,150 voters have been summoned to the polls to define the main authorities of the country among the candidates who obtained the most support in the first round of the elections, held last February 7th.

The opponents are Andres Aruaz-Carlos Rabascall, from the Union por la Esperanza (UNES) progressive coalition, which won 32.72 percent of the ballots, and Guillermo Lasso-Alfredo Borrero, from the CREO-Partido Social Cristiano (PSC) center-right alliance, with 19.74 percent.

The National Electoral Council ordered the installation of 39,917 polls, located in 4,276 voting stations, among which 272,853 people who were randomly chosen from the voter registry will be distributed, with an emphasis on university students.

The polls opened at 07:00 and will close at 17:00, local time, and the process is accompanied by 293 international observers from various organizations, while representatives of the two opposing movements will also exercise control to guarantee transparency.

In order to guarantee that the votes go smoothly, the Electoral Council had 13,106,890 ballots printed with the names of the president-vice president duos; in addition, the distribution of the electoral packages concluded on Saturday without setbacks.

The Ministry of the Interior confirmed that a total of 45,699 members of the National Police, divided into three axes (preventive, investigative and intelligence), will provide security outside the voting locals, in order to avoid criminal acts.