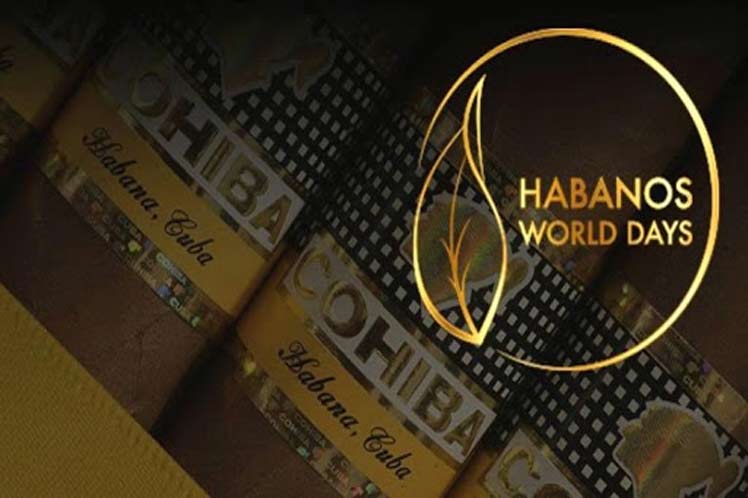 A statement from the Habanos S.A. corporation points out this Monday that the virtual event (May 4-6) was able to unite nine thousand cigar fans. It adds that the meeting, dedicated mainly to the Cohiba brand (the most prestigious Premium tobacco brand in the world), was congratulated by important personalities of culture, music and the world of cigars.

This event was attended virtually by nine thousand registered users from 140 countries, 200 media outlets and had 75 thousand visits during those days.

Based on such data, the organizers pointed out that the call showed that in the current context it is possible to be very connected, by those who share the love for cigars, in the midst of the Covid-19 pandemic.

During the I Habanos World Days, the participants enjoyed a complete program of activities.

The statement specifies they could visit the virtual stand of Habanos S.A., where they could see a special Humidor designed in commemoration of Cohiba’s 55 years, scheduled for auction at the Gala dinner of the XXIII Habano Festival in 2022.

In addition, the nominees for the Habanos 2020 Awards were announced, which recognize those outstanding personalities for their work in the Communication, Business and Production categories. The winners will be announced at the Gala Dinner of the next Habano Festival.

The electronic event announced the winning fans of the online version of the International Habanos World Challenge Contest, in which the first place went to Alberto Mirabal, from the United Kingdom, who will attend the next Festival as a special guest.

According to the report, the electronic platform of Habanos World Days remains open for 30 days with all active content.

The Habanos Corporation, S.A. (organizer of the virtual meeting) is a world leader in the commercialization of Premium cigars, both in Cuba and in the rest of the world.

To do this -the statement clarifies- it has an exclusive distribution network present in five continents and in more than 150 countries.

Habanos S.A. sells 27 Premium brands made entirely by hand and backed by the Protected Designation of Origin (D.O.P.).

These brands include Cohiba, Montecristo, Romeo y Julieta, Partagás, Hoyo de Monterrey and H. Upmann, among others. Habanos have been made by hand for more than 500 years, and are a global reference, concludes the note.