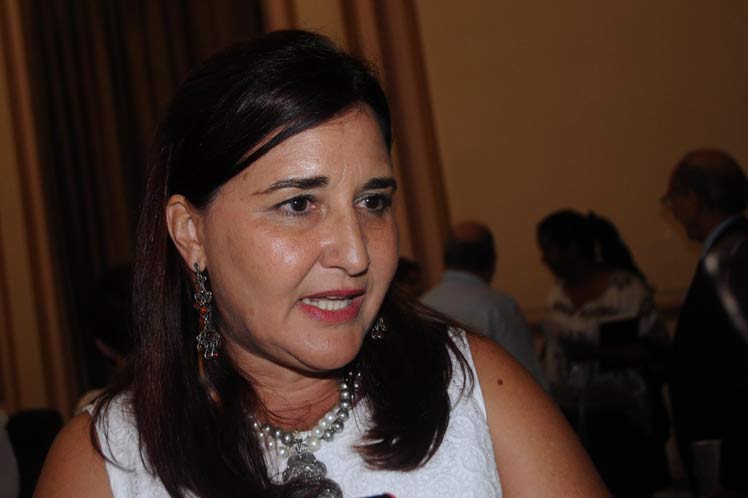 No report or study released to date in the United States, Cuba or the world provide scientific evidence that radio waves of great intensity existed in the area where the diplomats who reported health symptoms were located, the MINREX official said.

The only ones who won with this story are the members of a minority and reactionary group of desperate politicians, willing to resort to any resource to try to impose and perpetuate the course of confrontation, lies and injustice in Washington’s policy against the Cuban people and US citizens themselves, she said.

In statements to Prensa Latina, Tablada stated that the group of Cuban experts who investigated this issue explained why the most recently thesis is an ‘unlikely hypothesis and certainly not a proven fact’ as they try to fix in the imaginary of unidentified people and sources.

The ‘Cuban Academy of Sciences disagreed on this possibility that it described as a speculation presented as one more hypothesis, not supported by arguments in the body of the report issued by the United States Academies of Sciences,’ she added.

The United States cannot be sure what the cause of the reported symptoms is, and the lack of information requested to the Washington Government, which limited the study, is critical.

The diplomat reiterated that the Academy of Sciences and the team of Cuban experts reject the politicization of the issue and recently reiterated the call that both countries collaborate to solve the matter and establish the truth.

Tablada stressed that until this Wednesday ‘the most concrete and factual thing we have seen is that symptoms with such a diversity were reported that even doctors from the Department of State and Cuban scientists explained, and not so many elements can be attributed to a common cause.

The official recalled that the unfounded accusation against her country on those attacks was a pretext for the withdrawal of most of US Embassy personnel in Havana, in 2017, along with an unprecedented sequence of hostility and setback actions in the relations between both countries and peoples.