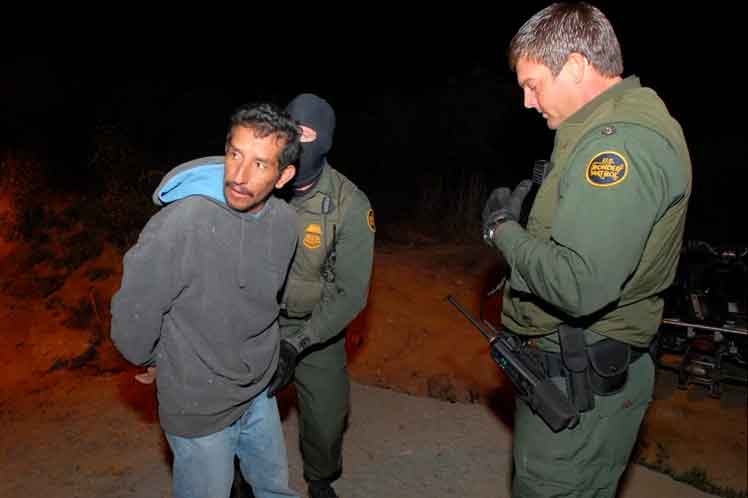 Border arrests in April slightly increased from March, although fewer unaccompanied children were reported, according to Customs and Border Protection (CBP).

While the overall arrest toll went up 3% in April, most of the cases –over 110,000- were single adults subject to extradition to their countries of origin, as established by the Donald Trump’s administration emergency order, CNN said.

Meanwhile, unaccompanied minors are sent to detention centers and reception facilities, amid backlashes because of conditions in those sites.

US border authorities pledged to enhance shelters and to reinforce security on the border with Mexico so as to put an end to illegal migration and to help save lives.

Even though US President Joe Biden has promised to dismantle the detention centers for migrant minors, more than 20,000 asylum-seeking children are still in about 200 of those facilities, as part of the migration crisis on the southern border. The Department of Health and Human Services reported that personnel and contractors work to keep minors under their custody, safe and healthy.

But activists and defenders of minors´ rights complain about inhumane conditions in these facilities.

Confidential info received from the Associated Press (AP) and published on Tuesday showed that at least five of these shelters -in just over 20 US states- house more than 1,000 minors in overcrowded conditions.

Likewise, the information indicated that the number of migrant children in official custody doubled during the last two months.

Attorneys detailed that parents cannot find out where their children really are, a situation that happens amid the Covid-19 pandemic.