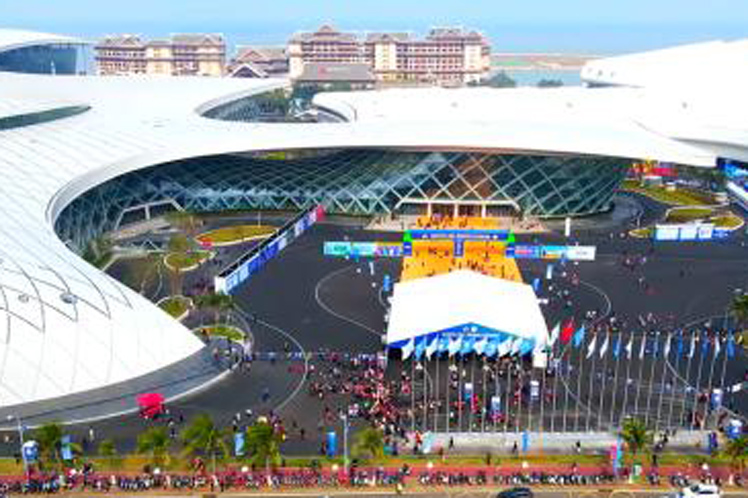 This island province became a showcase between May 7 to 10, for high-end offers from 2 thousand 628 national brands from 70 countries specializing in sectors such as jewelry, food, fashion, entertainment, transportation and health, among others.

According to the authorities, 240.000 visitors attended the fair and at least 80 percent of the participating companies are interested in attending a second edition.

China sought with the event in Hainan to demonstrate the power of consumption -defined as one of the new pillars of economic growth- and at the same time give momentum to its ‘two way circulation’ formula, which gives greater weight to business, production and domestic spending, without abandoning international cooperation.

In fact, President Xi Jinping defined it as an important platform for trade in consumer goods and predicted a good impact on global economic recovery.

Meanwhile, the Vice Minister of Commerce, Wang Bingnan, highlighted the importance of the exhibition to meet the demands of 400 million middle-class individuals, connect the domestic with the global markets and facilitate the flow of high-standard goods to China.

Hainan is known as ‘the Hawaii of China’ and the decision to host the expo has to do with the government’s intention to set up the world’s largest duty-free center on the island in the next two years and also to operate a port system on a par with Singapore, Dubai and Hong Kong.

Sales in its duty-free network exceeded 13 billion yuan (more than two billion dollars) in the first quarter of 2021, an increase of 356 percent compared to the same period in 2020.

China plans to give Hainan more autonomy in the introduction of reforms, tie it through direct flights with other countries and allow greater flexibility in implementing laws and the regulatory system, in order to remove obstacles in the movement of production factors.

The province is expected to strengthen trade with Southeast Asia and neighboring Guangdong, Hong Kong and Macau and boost its competitive advantages in tourism, modern services and high end technology.