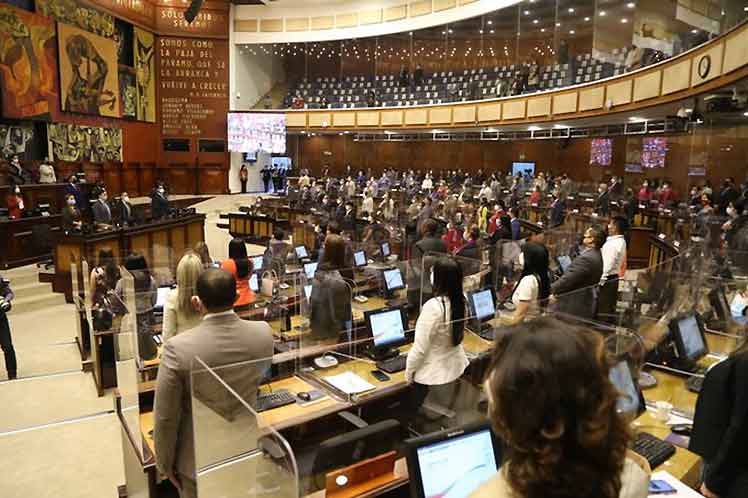 The Parliament was formed by 49 representatives of Unión por la Esperanza, 25 of Pachakutik, 18 of Izquierda Democrática, 16 of Partido Social Cristiano and allies, 12 of the ruling CREO and 17 of minority groups, in addition to the independents.

However, the plenary has not been able to advance in its work due to delays in the sessions due to disagreements between the parties, which for some is a preview of what could be a difficult period.

During a week in office, setbacks have marked the Parliament, which required two days to define its leaders: the representative of Pachakutik,

The new authorities were far from the names that were initially submitted as a result of alleged agreements between movements that at the time of voting did not work out.

Similar problems came up in the preparation of the 15 permanent specialized commissions in charge of drafting reports for the first debate of proposed laws.

The Director of the Law School of Ecuador’s International University and political analyst, Esteban Ron told Orbe that, ‘the distribution of seats generated greater polarization in the Assembly because it gave more representation to political organizations that should not have reached positions under the previous framework’.

He explained that in this context the phenomenon of political dispersion occurs, therefore, each bloc that is formed begins to generate parliamentary exchanges within its own axes.

‘This implies disagreements within the political organizations and since the Assembly is so diverse, the only thing it will generate is that transcendental decisions will not be taken’, he considered.