US investigation against Trump continues 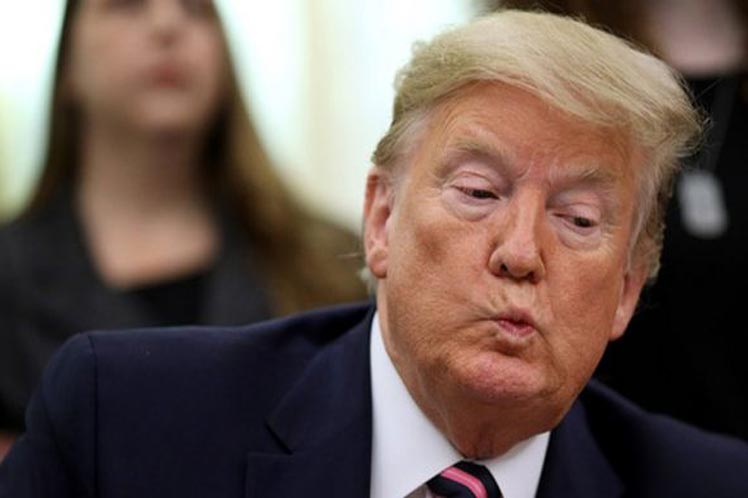 US investigation against Trump continues

According to The Washington Post, the Manhattan district attorney, Cyrus Vance Jr, could have evidence of a crime, if not from the former president, from someone close to him or from his company.

The inquiries occupied most of his stay in the White House and now justice must decide whether indictments should be issued despite the fact that Trump alleges that ‘this is a continuation of the greatest witch hunt in the history of the United States.’ .

Trump, who claims great success in his years in office, lamented that the action ‘is purely political, and an affront to the nearly 75 million voters who supported me in the presidential elections, and is being pushed by highly partisan Democratic prosecutors’.

Vance coordinates his probe with New York Attorney General Letitia James, who announced last week that she is investigating the Trump Organization in a ‘criminal capacity’ as well as a ‘civilian capacity.’

The magistrates seek to have punishable elements on whether the Trump Organization inflated the value of its properties to lenders and insurers and if it paid the appropriate amount of taxes, an issue that has kept Americans waiting since the New York magnate jumped into politics.

The new grand jury will likely review the information when it meets three days a week for six months. Among the evidence it will review is eight years of Trump’s tax returns, The Hill newspaper reported.

These groups, he said, are usually in charge of studying the evidence to determine whether there is probable cause to accuse a person or entity of a crime.

Democrats fought the White House during the Republican’s four-year tenure in an attempt to get his tax returns, something the Republican refused on the grounds that he was under audit, which the law did not preclude him from a answer.

If a crime were proven, that could separate the former president from a possible third race for the White House and it is very likely that the number of voters who followed him in 2020, 75 million, will be drastically reduced, experts say.