Cuba denounces intensification of US blockade on Cuba in Ukraine 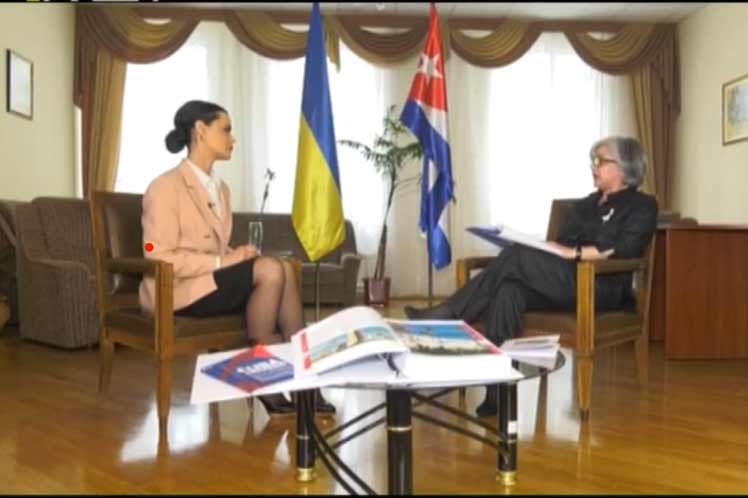 Cuba denounces intensification of US blockade on Cuba in Ukraine

In an interview for the Diplomatic Chronicles program of the Rada television channel, of the Ukrainian Parliament, the diplomat explained that from April 2019 to date there has been a setback in relations between the two countries.

She pointed out that in the last four years, there has been a progressive and systematic increase in the aggressiveness of US policy against the Caribbean nation and against all sovereign states that maintain or attempt to establish business with Cuba. ‘Over 240 measures applied during the government of Donald Trump, with more than 50 adopted in 2020 alone, are a sign of the cruelty of this policy against the Cuban people and government,’ she pointed out.

Díaz drew attention to the numerous regulations issued during the previous US administration against Cuba that, in her opinion, reached unprecedented levels of hostility. Of these provisions, she gave as examples the possibility of establishing lawsuits against the Antillean nation under Title III of the Helms-Burton Act and the increased prosecution of financial and commercial transactions on the island.

She also mentioned the ban on flights from the United States to all Cuban provinces, with the exception of Havana; the persecution and intimidation of companies that send fuel supplies to the nation and the campaign to discredit Cuban medical cooperation programs.

She recalled that in 2020, the Trump government used the critical situation caused by Covid-19 to increase the siege against the island, which ‘has hindered our ability to confront the pandemic,’ she declared.

The head of the Cuban diplomatic mission in Ukraine stated that the scourge of the SARS CoV-2 coronavirus generated additional challenges for the country, whose efforts to confront it ‘have been significantly limited by the regulations of the US blockade,’ she criticized. Díaz also rejected the ‘genocidal nature of this policy’ and its extraterritorial component, used by Washington to deprive her people of lung ventilators, masks, diagnostic kits and other supplies necessary to confront the disease.