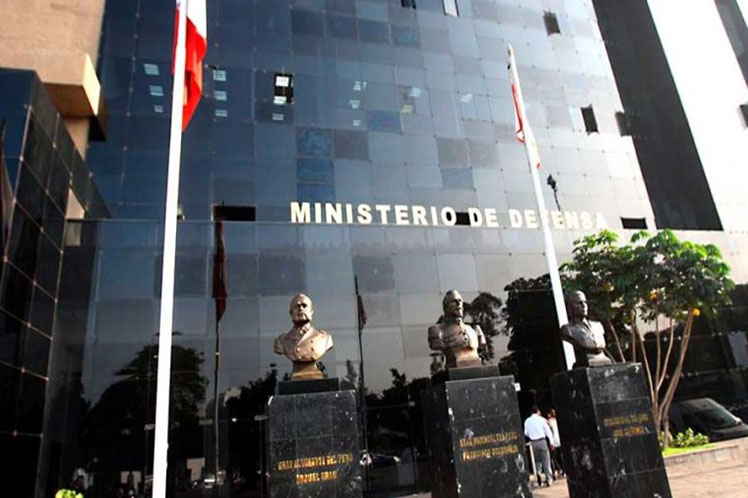 The Ministry of Defense issued a statement to this effect ‘in the face of the dissemination on social networks of calls for the intervention of the Armed Forces in electoral or political matters.’

The text adds that the role of the uniformed men is national defense and that ‘they are not deliberative and are subordinated to constitutional power, so any call to breach this duty is inappropriate for a democracy.’

It adds that the aforementioned ministry and the Armed Forces ‘reiterate their commitment to the Constitution, democracy and the principle of neutrality’ and ratify the commitment to respect the citizen’s will expressed at the polls on June 6. ‘

It also calls to respect the results of the electoral process of the ballot that Castillo, who has declared himself the winner with an advantage of tenths of percent last Sunday, and the neoliberal Keiko Fujimori who accuses her contender of a supposed fraud, amid general skepticism.

On Twitter, a call for a sit-in is circulating in front of the headquarters of the Joint Command of the Armed Forces, supposedly ‘to put order.’

He adds that the military ‘are not going to allow a group of senderistas and terrorists to steal democracy from us who with trickery and force want to kidnap it.’

‘That is calling for a coup, nothing more undemocratic; our Armed Forces have already been sufficiently mistreated in the past. Let no one else use them again for their interests, ‘replied television journalist Pamela Costa.

On Twitter, criticism of the anti-communist politician Pedro Cateriano was recorded for stating in a television interview that Pedro Castillo intends to convene a constituent assembly not foreseen in the Magna Carta, which supposedly would be a coup that the country should not allow.

Cateriano’s critics demand that he be criminally denounced because with his words he is tacitly promoting a coup to prevent Castillo’s very possible ascent to the Presidency or to overthrow him if he came to power.

The first to predict, weeks ago, a military coup and the establishment of a long military dictatorship if the rural teacher won the first magistracy, was the right-wing writer Mario Vargas Llosa.

The novelist made the statement after announcing his support for Fujimori after three decades of being a vehement opponent, first of the candidate’s father, Alberto Fujimori, who won him the presidency in 1990, and of her in his two previous unsuccessful electoral campaigns.