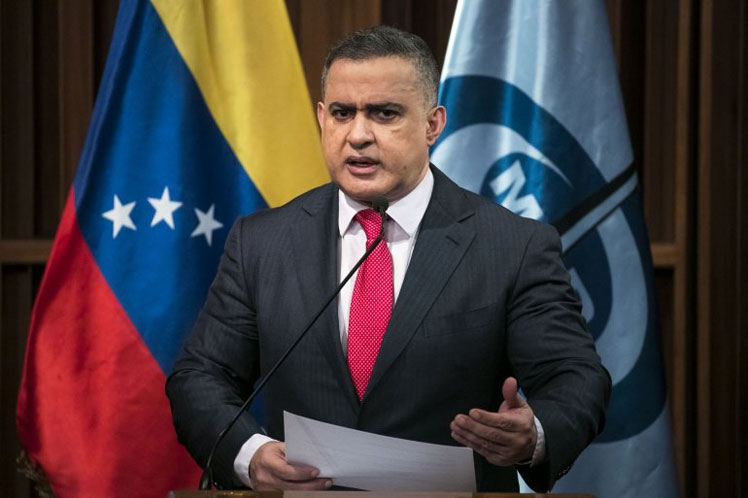 According to an official statement, published by the magistrate on Wednesday on the social network Twitter, the day before a request presented to the ICC to hold a meeting prior to the Preliminary Examination that this body must hold in the country.

According to the Saab publication, this process, ‘contrary to what was stated by the ICC Prosecutor in a recent interview, is being scarce and one-way.’

‘This action, which was presented by virtue of Article 46.2 of the ICC regulations, constitutes, as we noted at the time of its presentation, a unique opportunity to help ensure that the treatment given to the countries subject to the a Preliminary Exam is fair and equal’, the statement said.

The text also indicates that Venezuela respectfully requests the Chamber to convene a meeting with the parties, in accordance with rule 30 of that Court, in order to be able to debate the process and thus facilitate cooperation between both institutions. .

Venezuela is being analyzed for alleged human rights violations, in this regard the Bolivarian Executive declared and denounced repeatedly that this case is a total political manipulation, and responds to pressure from the United States on officials of the international judicial body.

Among other arguments, the process responds to alleged actions of vulnerability of the rights of officials and law enforcement officers against citizens, however, the Venezuelan Prosecutor’s Office presented evidence of all the cases tried and analyzed for crimes such as homicide, abuse of force. or power.