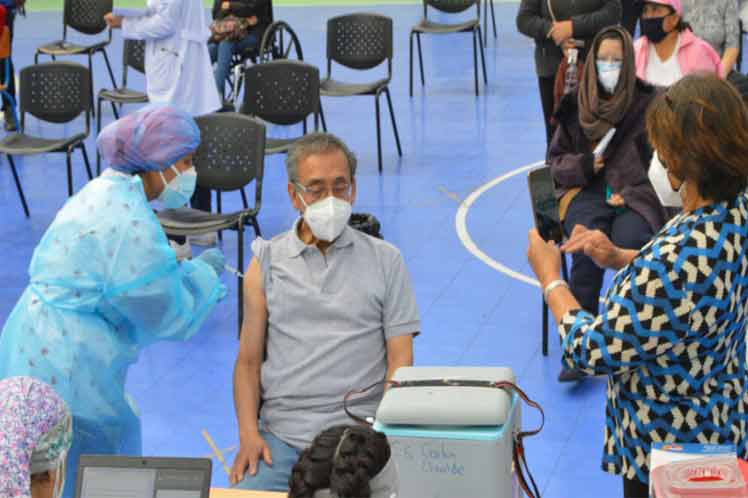 According to Healthcare Minister, Ximena Garzón, the previous term included 72 percent of elderly people and teaching personnel from the South American country, whose population rises to over 17.5 million inhabitants.

Likewise, the minister pointed out that university professors, whose work is carried out through the virtual platform will have to wait their turn, according to the corresponding age range.

Attention will only be given to those who show a certificate from their institutions proving the change in teaching procedure to the on-site platform.

According to official predictions, until next Sunday June 20, doses will also be administered to people between 45 to 49 years of age in serious conditions, with chronic diseases or over 50 percent disabilities.

To keep organization within the process, the Healthcare minister created a timeline which people have access to. However, at some point there have been irregularities and problems with insufficient food supplies.

In the country, there are three types of vaccines to fight the disease: Pfizer, Sinovac and AstraZeneca.

However, many citizens demand to have access to Pfizer and refuse the use of the other two, which is an inconvenient.

In the mean time, the arrival of a Chinese made batch of CanSino is expected, just like Sinovac, requiring only one dose, unlike the rest requiring two.

From the latter, Authorities expect the arrival of 6 million formulas for next July and August.

Official data indicate there is a tendency to the decrease of the rythm of infections in the Andean nation whose number of active cases amounted yesterday to 439 thousand 139 and deaths in the context of the health crisis get to 21 thousand 51.

The new inoculation plan started last May 31, a week after the coming in office of the new executive, whose goal is to vaccinate 9 million Ecuadorian in the first 100 days of government.