Syrian people against US blockade on Cuba 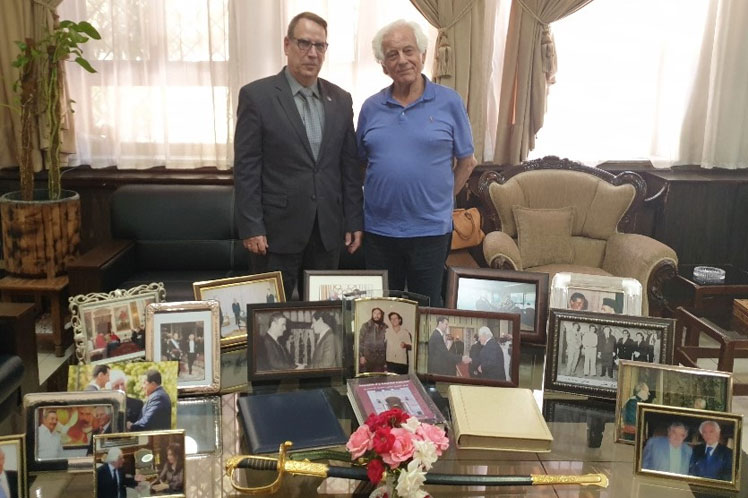 Syrian people against US blockade on Cuba

The unjust blockade against our brother and friend Cuba is still on for decades, however, its people has shown strength and endurance before the pressures, and it is today more attached to the goals of their noble Revolution, the above- mentioned association said in a public statement.

Members of the entity, belonging to the Baath Socialist Arab party from Syria, sent a note of solidarity with the people of the Caribbean nation facing the UN General Assembly´s vote on a Cuban resolution project against the blockade.

The note criticized US´ policy in the world making use of morality, democracy and human rights as a cover to exercise their blockade, pressure, intervention and hegemonic policies against sovereign countries.

US policy is destructive for mankind and seeks to turn the others into servants and slaves, the text pointed out.

The Association highlighted the Cuban people´s achievements despite the difficulties caused by Washington´s hostile policy towards the biggest-in-the-Caribbean island.

Cuban achievements on health and scientific fields, where they even surpass other countries whose governments chose to be subject to the United States´ dictates, the text highlighted.

The statement concluded that Washington´s policies, manipulations or plots will not frighten Syria or Cuba, and their peoples will prevail it does not matter how long the struggle might be.

Syria and Cuba face a hostile policy from the United States, powerful country that seeks to strangle both peoples through blockade and economic sanctions in an attempt to undermine their independent and sovereign stances.