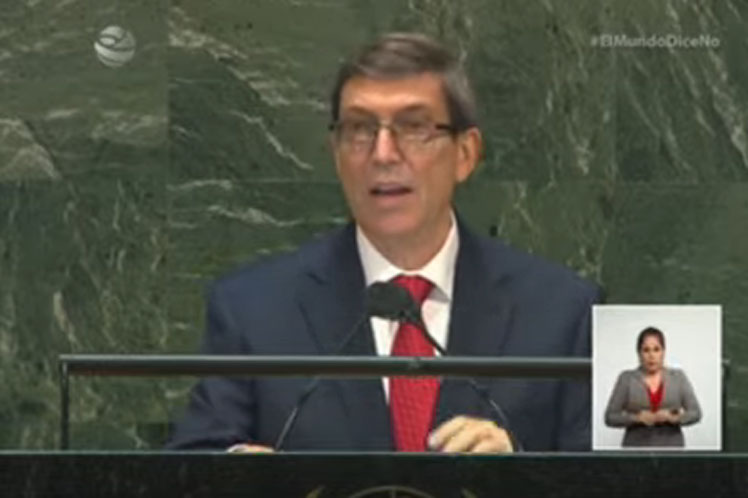 The Cuban minister assured that considering current prices these losses amount to 147 billion 853 million dollars, so the US blockade reaffirmed itself as the main hurdle to his country’s development.

Rodríguez presented to the General Assembly of the world organization a report on the effects caused by the economic, financial and commercial hostility Washington has been following against the neighboring island.

His report accompanies a resolution that was passed for the twenty-ninth time by 184 votes in favor, two against (US and Israel) and three abstentions (Colombia, Ukraine and Brazil) demanding the blockade be lifted.

In this regard, he refuted allegations by the White House that the coercive measures do not affect the Cuban people, assuring losses in the past five years were on top of 17 dollars.

As a result, Cuba has been forced to suspend temporarily the acceptance of cash deposits of US dollars in its banking system.

It is an economic war of extraterritorial dimension, against a small country, already affected by the recession and the global economic crisis the pandemic has unleashed, he stressed.

From the UNGA podium, the Cuban representative denounced what he described as an intense campaign of political interference as a complement to the economic hostility against his country.

He asserted that the US government spends tens of millions of dollars from the federal budget each year and additional amounts to finance subversive actions.

The purpose is to produce political and social instability amidst economic woes that the United States government itself causes, he remarked.