Biltong, meat for the road 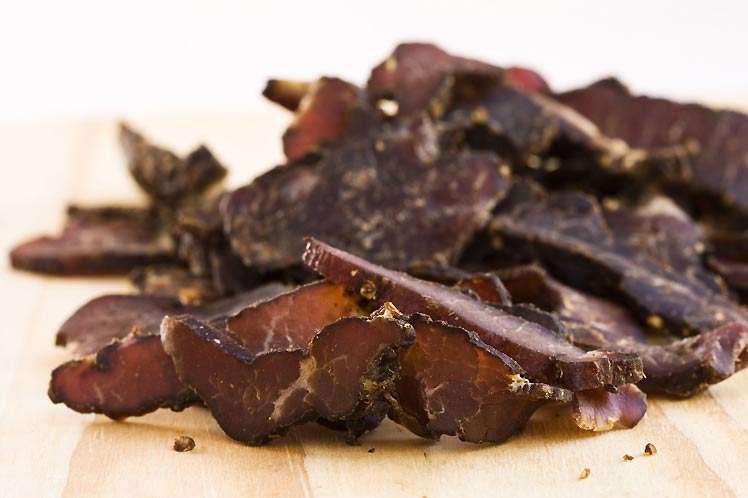 Biltong, meat for the road

Unlike other ways of preserving it, which require a desalination process before consumption, as is the case with the tasajo stalks, the ‘African-style’ recipe could be ingested by chewing it as it was during the long walks or wagon rides of the first Europeans through the ‘new’ territories, ancestral for the native population.

We refer to biltong, a name that comes from the Dutch bil, which means hindquarter (of an animal), and tong, which means strip.

According to the African method, the meat is first treated with vinegar -which cures it- and salt, pepper and various spices are added, giving it an intense, often spicy, flavor. The strips are then dried in the sun in the traditional way.

Meat of the most diverse origin is used for its preparation, from beef or ostrich to antelopes such as eland, kudu or jumping gazelle, although in the time of the voortrekkers (literally ‘those who advance first’) any animal that fell under their muskets was used.

The original way to consume biltong is to chew it slowly, almost letting it dissolve with saliva, without haste.

Of course, it is not necessary to repeat the original ritual of eating it in the middle of long walks through the South African grassland.

And, especially for those whose teeth are not suitable for dried meat, it is used in stews or others that tenderize it and, incidentally, give it its exquisite flavor.