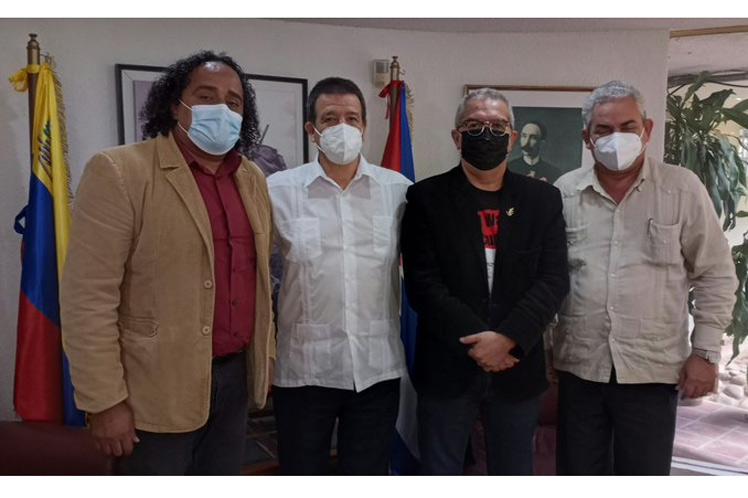 Venezuelan Deputy Foreign Minister for Latin America Rander Peña met with the South America director at Cuba’s Ministry of Foreign Affairs, Jorge Luis Mayo, to whom he reaffirmed the existing ties of friendship and fraternity.

In that regard, Deputy Minister Peña explained that both parties discussed the situation in Latin America and the Caribbean, and sought to strengthen political coordination mechanisms, the Venezuelan Foreign Ministry noted in a press release.

A delegation from the Cuban Government, headed by Deputy Prime Minister Ricardo Cabrisas, recently paid a working visit to Venezuela to assess the development of the integral cooperation agreements.

Venezuelan Vice President Delcy Rodriguez told reporters that both countries maintain a constant review of bilateral relations in various areas of strategic interest, and ratified their commitment to strengthen those ties in the face of the economic aggression by the United States.

He assured that cooperation between Venezuela and Cuba is moving at a good pace despite the obstacles associated with the coercive measures implemented by the US Government.

During his stay in Venezuela, the co-chair of the Inter-Governmental Commission met with Venezuelan Deputy Minister of Economy and Minister of Petroleum, Tareck El Aissami.