Pilgrimage to Washington joins forces against blockade on Cuba 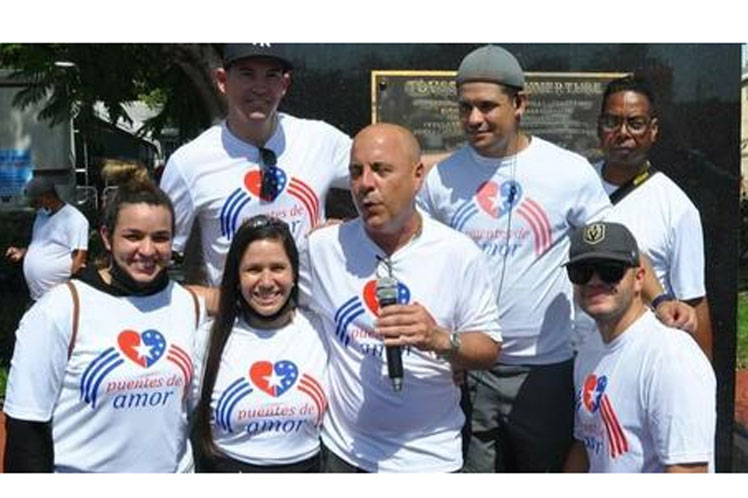 Pilgrimage to Washington joins forces against blockade on Cuba

Speaking to Prensa Latina, Carlos Lazo, director of the project, highlighted the support achieved in each place they arrive in the more-than-a-thousand kilometers walk, and specified that the siege to the island affects both Cubans and Americans and other nations of the world, including the African ones.

Lazo recalled a meeting held on Thursday with an African-American activist, in which they dealt with social justice problems that affect blacks, Haitians and Cubans residing in the United States alike.

He said that in the exchange of opinions he commented , for example, how Washington’s policy prevents Americans from accessing medical results achieved in Cuba and mentioned the research carried out against lung cancer, which the local population cannot access due to the siege policy.

He said that in his conversation with the activist, Haitian descendant, he established a parallel between the situation on the island and neighboring Haiti, which for years had to pay compensation to the metropolis, France, something that in a certain way, he considered, coincides with the policy of US blockade on Cuba.

He pointed out that creating hardships in the people’s lives is the price that Cubans are paying for being independent.

Lazo said that in all the meetings held in their march to the US capital they receive displays of solidarity from Afro-American sectors, minorities, which reiterate, he stressed, that they can work together to lift sanctions against Cuba.

Likewise, the effects of the siege from the White House for the African peoples were addressed, largely due to actions that prevent the expansion of the collaboration of Cuban doctors to achieve improvements in health.

During the day today the group will cross the Lyons Bridge, in San Agustín, Florida, where they will look for the monument that commemorates the death in that city in 1853 of priest Félix Varela, for Cubans, ‘forger of our nation and the first who taught us to think’.