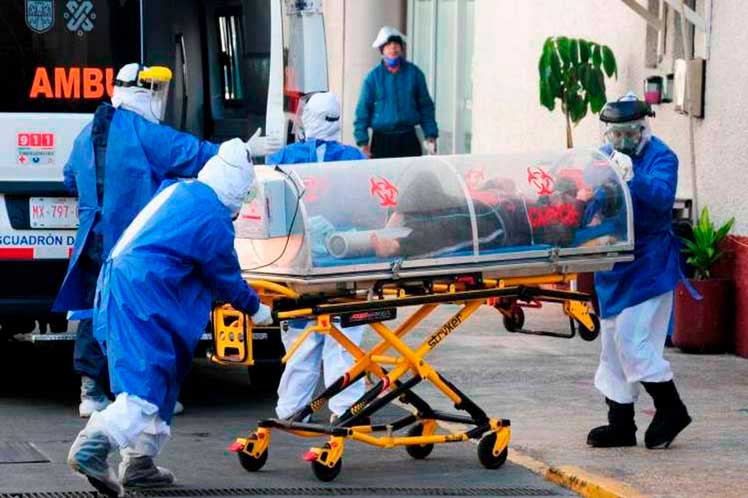 According to the Health Ministry’s updated report, these factors caused weekly Covid-19 infections to rise so much in this period.

It explains that between May 30 and June 5, the end of the plateau in infections was recorded, with 16,98 new confirmed cases; since then, the number of patients has grown steadily to 34,136 in the week from June 27 to July 3.

Transmissions, the report adds, show a momentum that is supported by at least 12 states federations where increases of more than 100 percent are registered; even in outstanding cases such as Oaxaca and Sinaloa, there are increases of up to 324 and 314 percent.

In Mexico City, infections rose 192.6 percent in the last four weeks, from 3,589 to 10,501; this rate of infections has not been seen since last March, when the second wave was already in clear decline.

In fact, hospital admissions in the capital went from 624 to 1,093, which means an increase of 75 percent between June 17 and July 7, according to daily reports published by the head of government, Claudia Sheinbaum, on her social networks.

In view of this situation, the official acknowledged that there is an increase in hospitalizations, mainly of young people, but assured that there is enough capacity to attend them and ruled out, for the moment, the application of additional measures in the face of the pandemic.

The infections reported by the Health Secretariat show 34,315 new infections in the first eight days of July, which represents 33.6 percent of the 101,000 cases reported last June.