Cuba denounces US manipulation to stir up riots 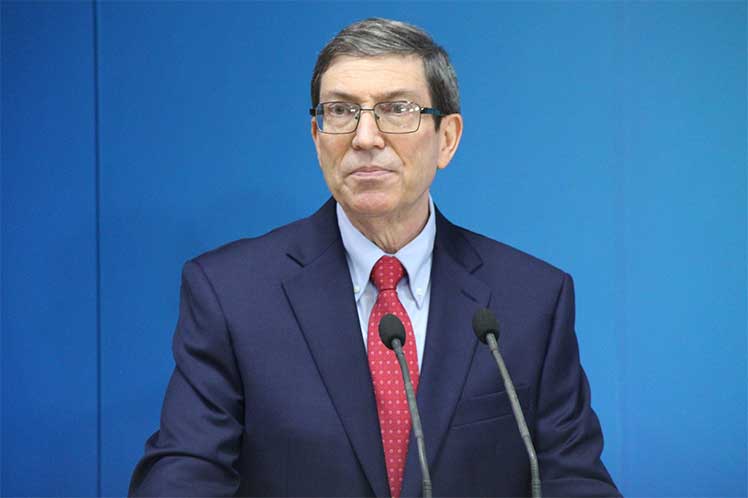 Cuba denounces US manipulation to stir up riots

In a press conference, the foreign minister assured that through the use of powerful and sophisticated instruments, Washington sought to generate disorder and instability to fracture the constitutional order, social consensus and harmony of the Cuba people.

It is a project with political purposes in which the US Government has been working for a long time and has increased financing, he said.

According to the head of Cuban diplomacy, political circles controling Washington’s Cuba policy took advantage of the harsh conditions generated by the Covid-19 pandemic, and have used lies, slander and manipulation of facts to mobilize people.

Rodriguez explained that since June 23, when Havana presented the report ‘Necessity of ending the economic, commercial and financial blockade imposed by the United States of America on Cuba’ at the United Nations General Assembly, a large-scale an anti-Cuba communication operation was already underway.

It included calls for violence, aggression against the authorities, assassination of leaders and to encourage an irregular migratory flow, he added.

The minister recalled that the June 23 resolution itself, approved by the majority of nations, warned how Washington uses resources, social laboratories and high-tech digital systems in social media to discredit Cuba, political weapons used against other nations, he stressed.

On Monday, Rodriguez had warned his country was under the effects of an unconventional war, intensified in recent weeks.

The campaign includes the use of social networks to promote destabilization actions such as those that occurred last July 11 in several Cuban cities, which provoked the response of the people in defense of the Revolution.

Putin highlights potential of CSTO in support of Kazakhstan

There was an attempted coup in Kazakhstan, President says

Putin highlights potential of CSTO in support of Kazakhstan

There was an attempted coup in Kazakhstan, President says