Havana about to complete anti-Covid-19 vaccination with ‘Abdala’ 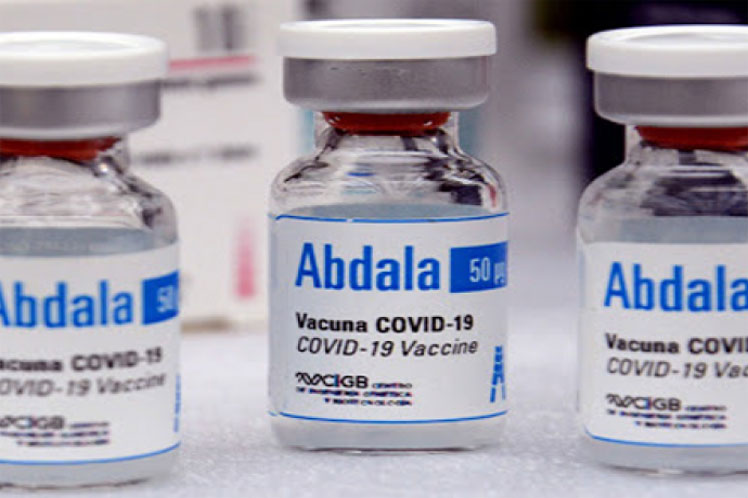 Havana about to complete anti-Covid-19 vaccination with ‘Abdala’

Health authorities are leading the process with this local product to also ensure that 60 percent of Cubans get their three doses of anti-Covid-19 vaccine shots by next August.

Localities like Cotorro, Boyeros and Arroyo Naranjo closed yesterday their vaccination scheme with this molecule from the Center for Genetic Engineering and Biotechnology (CIGB), which showed 92.28 percent efficacy in clinical trials.

At the end of last May, a health intervention with ‘Abdala’ began in this capital, with 15 municipalities and more than two million inhabitants, that process has already been completed by other territories: East Havana, San Miguel del Padrón, Regla and Guanabacoa.

In this way, according to health officials in the capital, more than three million doses of the product have been administered in the almost 400 clinical sites available in all its localities.

In the coming days, they will complete vaccination in Habana Vieja, Centro Habana and Cerro, while people from Marianao, La Lisa, Playa, Plaza de la Revolución and Diez de Octubre are currently getting the second injection, the scheme presents three doses in zero, 14 and 28 days.

The vaccine, which just a few days ago received authorization from the Cuban regulatory authority for emergency use, is administered at the same time in 37 other municipalities in the country.

Cuba has recently faced a strong transmission of the SARS-Cov-2 virus, with daily numbers of infection that exceed six thousand and there are 263 thousand 86 confirmed patients in 16 months of pandemic.

Western province of Matanzas is currently the epicenter of the disease, and ‘Abdala’ is now being administered in the provincial capital municipality, as well as in Colón, Cárdenas, Limonar, Ciénaga de Zapata and Los Arabos.

Applied in eastern province of Santiago de Cuba as part of phase III of its clinical trial, and in a territory contributing also to a large number of infections, at the present time, towns of San Luis, Contramaestre, Songo-La Maya, Palma Soriano and the provincial capital itself are also receiving the immunogen.